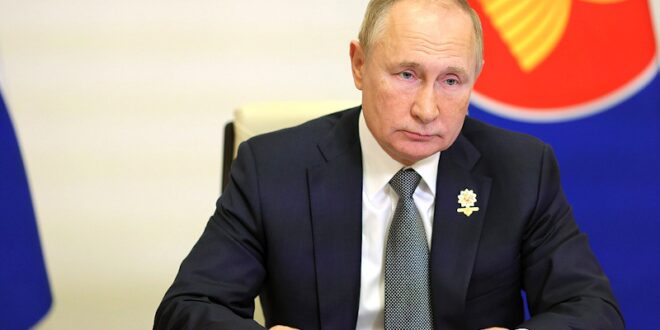 Russia and ASEAN celebrated the 30th anniversary of official relations in 2021. There was no special ceremony for the occasion, but Russian President Vladimir Putin addressed a congratulatory speech virtually to participants at the 4th Russia–ASEAN Summit in October. As cooperation deepens, the two parties are now realising how much they have in common.

Putin stressed that both parties often shared positions on global and regional issues and advocated for equal, fair and beneficial cooperation in the Asia Pacific. The Joint Statement from the summit acknowledges that national security cannot be achieved at the ‘expense of the others’, and reinforces ASEAN’s key role in shaping security architecture in the Asia Pacific and Indian Ocean. This is one of the first official Russian documents that combines the Pacific and Indian oceans together, although not into the ‘Indo-Pacific’ as Russia officially still rejects the term and phenomenon.

Despite that, Moscow still shows respect for the principles of the ASEAN Outlook on the Indo-Pacific as a valuable landmark for multilateral cooperation that avoids any new ‘substitutive structures’. Russia also sees the ASEAN-led East Asia Summit as a model of dialogue on security issues and a framework for further institutionalisation.

Russia’s acceptance of such norms deserves special attention as it strongly opposes the ‘rules-based order’ pattern being promoted by the United States and its allies. Curiously enough, the Russian approach doesn’t fit precisely with the Chinese way of coping with disputes as Beijing backs its own interpretations and bilateral approaches.

Such divergence presents a chance for Russia to position itself as an independent mediator. Moscow already demonstrated its potential as a mediator during tensions between India and China in the Himalayan border area in 2020.

Russia and ASEAN also published a Comprehensive Plan of Action to implement their strategic partnership for 2021–25. This involves developing ties between ASEAN and the Shanghai Cooperation Organization, both of which focus on cooperation to prevent drug trafficking, illegal arms trade and other transnational crimes that are factors in the proliferation of terrorism. Both Southeast and Central Asia also suffer from separatist and extremist activities, meaning exchanges of experience could practically contribute to saving lives. After Kazakhstan’s unrest in early 2022, the Collective Security Treaty Organization’s peacekeeping involvement also merits further examination, although the ASEAN Charter still insists on non-intervention.

The plan also acknowledges the usefulness of the ASEAN Defence Ministers’ Meeting Plus forum for facilitating joint drills, military specialist exchanges and research. Joint naval drills near Sumatra in December 2021 were a test run for further defence cooperation between Russia and ASEAN. Collaborative missions can now be organised on an ad hoc basis — such as anti-pirate patrols in the strategic Malacca and Sunda Straits.

The ASEAN Regional Forum and other preventive diplomacy mechanisms can also help develop Russia–ASEAN ties in maritime security, military medicine, counterterrorism, peacekeeping, de-mining, post-crisis relief and the cyber domain. Still, many of these fields will require significant confidence building before major progress is made.

Both partners also signed the ASEAN–Russia Trade and Investment Cooperation Roadmap in 2021, but the economic figures here are far from impressive. Trade turnover reached a peak of US$23 billion in 2014 and then plummeted to US$15 billion by 2020. It cannot be compared with China’s US$685 billion or South Korea’s US$155 billion trade volume with ASEAN.

Similarly, the head of the Russian Ministry of Economic Development’s idea for a free trade agreement between ASEAN and the Eurasian Economic Union makes more political than economic sense considering that Russia has already signed such agreements with Vietnam and Singapore with insignificant effect.

The essential nature of Moscow’s role in the Asia Pacific is still a pressing question. In the case of Southeast Asia, Russia doesn’t act as a peacemaker but, unlike China or the United States, it causes no critical problems for the region. The only arguable issue is alleged Russian interference in Myanmar’s domestic affairs, despite Moscow’s relations with the country’s military starting long before the 2021 coup.

The principle of multi-polarity embedded in the ASEAN mindset is attractive to Russia. Moscow advocates for a non-bloc strategy in the Pacific, and is suspicious of the Quadrilateral Security Dialogue, AUKUS and other related formats that it perceives as empowering opposition and deepening divides between countries. But ASEAN is reluctant to consider Russia a separate centre of power, often associates it with China and sometimes blames it for enabling Beijing’s assertive behaviour in Asia.

While acknowledging a deepening Russia–China quasi-alliance, the Kremlin is introducing a more diversified approach to its partners, including a willingness to be an unbiased mediator of disputes. Moscow also strives to share its experience in crisis management and strategies for various sensitive agendas like resource depletion, climate change, space exploration, development of the Arctic Sea route and post-COVID-19 pandemic recovery.

Russia and ASEAN should concentrate on these specific narrow issues while gradually elaborating a more detailed agenda that avoids being too general and too influenced by the US–China global rivalry. Considering this, the Russia–ASEAN agenda for 2022 disclosed by Russian Ambassador to ASEAN, Alexander Ivanov, looks reasonable. At its core is has a plan for renewing anti-terrorist cooperation and deepening ties in cyber-security – precise and non-biased spheres.