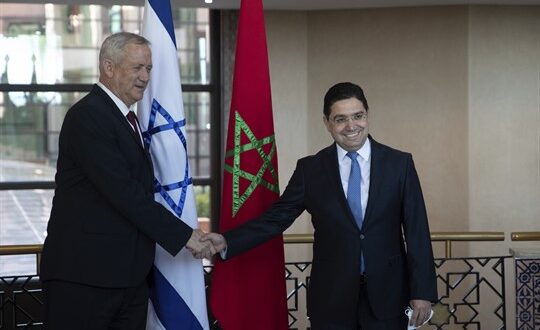 Israel’s Security Ties With Morocco Could Come With a Cost

In late November, Israeli Defense Minister Benny Gantz visited Morocco to formalize military cooperation between both countries with the signing of a memorandum of understanding. Gantz’s trip came a year after Morocco normalized its diplomatic relations with Israel and follows a previous visit by Foreign Minister Yair Lapid to Rabat in August.

The existence of military ties between Israel and Morocco is not new, but their acknowledgement of them is. The very public presence of Gantz in Rabat demonstrated Morocco’s desire not only to recognize Israel but to use the rapprochement to balance Algeria in the context of heightened tensions with its North African neighbor. But that may put Israel at the mercy of the volatile security environment in the Maghreb.

Post Views: 83
Previous The Paradox at the Heart of U.S. Engagement in the Middle East
Next Macron’s Middle East Ambitions Increasingly Pass Through the UAE