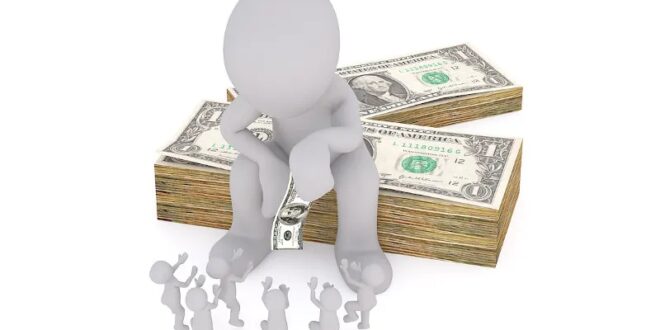 The Weaponization Of Economics (Part II)

However, interesting as those experiments and observations might be, they are still the result of specific parameters within a particular setting and an environment that doesn’t resemble real life. Serious and honest behavioral economists both understand and freely admit this. Just because there was one experiment in which 12 university students chose to receive 1 chocolate today rather than 2 tomorrow, one cannot extrapolate from it that the entire country needs a public pension system and a central authority to oversee it, since all citizens are clearly incapable of saving. (Click here for Part I)

Given that serious and honest academics are usually overshadowed by their colleagues that have either political ambitions or a surplus of vanity, twisting facts and figures, cherry picking studies and misrepresenting actual findings is an increasingly dangerous problem. It’s an even more menacing threat given the appeal and the accessibility of the pseudoscientific claims. There are very real, entirely legitimate and intriguing experiments that can be used as the “morsel of truth” in most of these fallacious claims.

For instance, there are some very cleverly designed tests and experiments that prove our “loss aversion”, or the idea that a losing an amount of money hurts us more than winning the same amount gratifies us. Similarly, there are experiments that show how perversely we can react to mounting losses, or “throwing good money after bad”. From the outside, these might seem contradicting, but the important thing to remember is that context is everything. These findings are entirely dependent on the specific circumstances of each experiment, and this is why both can be true. This is also why they cannot be generalized and much less be used as arguments for policies that affect whole nations.

The infantilization of the economic actor

What’s more, overall, the idea that emotions do affect economic choices is also completely valid, albeit a little too self-evident. The problem with BE, or rather with the hijacking and politicization of BE, is the contortion of this idea into the twisted notion that human choices are exclusively driven by our volatile emotional states, clouded by our defective brains and hobbled by our innumerable biases. In this version of reality, we are not perfect machines, we are all children. In this version of reality, the whole planet is populated by fickle, petulant, unreliable, naive and extremely vulnerable toddlers, all in dire need of a nanny.

The political implications of this approach to economics are as clear as they are irresistible to any central planner. If every voter, saver and taxpayer cannot be trusted to make decisions for themselves, due to their inherent inability to do so, the necessary thing, but also the kind thing, to do is to make those decisions for them. In fact, this very idea, slightly repackaged and rebranded, was used to garner popular support for policies like “sin taxes”. To this day, the average voter is in favor of their government slapping massive taxes on things like tobacco, alcohol or gambling, because these things are “bad for you” and since their fellow citizens can’t see that, they should be forced to pay a penalty.

But the problem goes a lot further than that. This seemingly unstoppable trend to merge the field of economics with that of psychology, sociology and political “science”, not only ensures that logic, dispassionate reasoning and practical usefulness will never be part of the “dismal science”, but it also guarantees that this entire area of study, or at least its mainstream and “respectable” academic circles, will never amount to anything more than operating as another propaganda tool in the hands of whomever happens to be in power at the time.

Seeking to psychoanalyze human choices and to assign different weights to them according to their assumed motivations, or trying to ascertain and “grade” the reason behind each choice rather than record and evaluate the choice itself, might be fantastic topics for a dinner party or indeed the dissertation of a psychology graduate, but they are not in the job description of an economist. Allowing speculative arguments and moral judgements to influence the study of economic actions is a very slippery slope. Or as Murray N. Rothbard put it, “”A man’s ends may be ‘egoistic’ or ‘altruistic’, ‘refined’ or ‘vulgar’. They may emphasize the enjoyment of ‘material goods’ and comforts, or they may stress the ascetic life. Economics is not concerned with their content, and its laws apply regardless of the nature of these ends, whereas psychology and ethics deal with the content of human ends; they ask, why does the man choose such and such ends, or what ends should men value?””

And therein lies the greater danger, that is only starting to become apparent over the last few years. It is one thing for a government to justify its interventions and the suppression of financial freedom by claiming it is what’s “best for you”; this brand of paternalism we know well for decades already. However, it’s quite another to take that economic “logic” a step further and to weaponize it, by claiming that the government’s actions are not there to “protect”, but to justifiably punish the “immoral”, the “selfish” and the “dangerous” amongst us, or even better, to prevent those behaviors and traits from ever emerging.