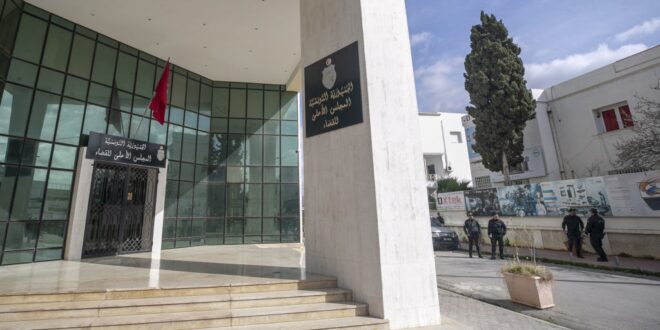 Tunisia’s Supreme Judicial Council, the independent judicial watchdog set up in 2016 to ensure the independence of the country’s judiciary, will be reformed and not dissolved, the country’s justice minister announced on Wednesday, days after President Kais Saied ordered it abolished. Justice Minister Leila Jaffel made the announcement during an interview with the public national television Watania 1, saying that the law regulating the constitutional body will be amended, and a temporary judicial authority set up in the meantime, Al Jazeera reported. The Supreme Judicial Council earlier this week after it was ordered closed refused to disband, and announced that it would continue to operate and that it “would not be silent.” On Wednesday, council head Youssef Bouzakher called the justice minister’s comments an “evasion.” Kais has accused the council of bias and accused the council of preventing an investigation into assassinations in 2013 of left-wing opposition politicians claimed by the Islamic State. In July, Saied fired the government and suspended parliament, and assumed executive authority in a move his critics have called a coup. He has since attempted to rule by decree and has said he plans to rewrite the country’s constitution, unveiled in 2014 following Tunisia’s 2011 revolution. The Supreme Judicial Council is one of the few remaining state bodies still able to act independently of Saied.