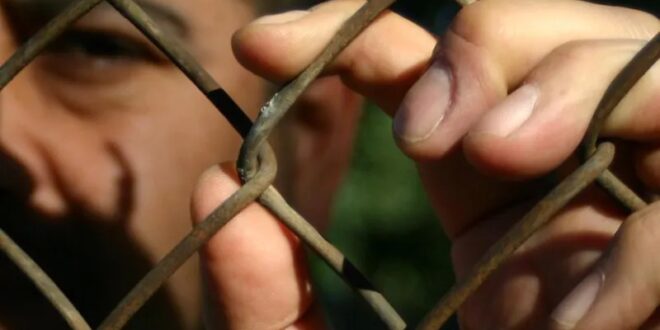 It was on March 23, 2019 that the last remnant of Islamic State (IS) territory, the village of Baghuz, fell to the Kurdish-led Syrian Democratic Forces (SDF). It marked the decisive defeat of the militant theocracy that had once conquered and controlled huge areas of Iraq and Syria. Tens of thousands of IS fighters and their families were rounded up and dispatched to more than a dozen prisons and displaced persons camps scattered across Rojava, the Kurdish-occupied area of north-eastern Syria. And there up to 72,000 of them remain, to this day.

Most of the captives are Syrians or Iraqis, but many are foreign nationals emanating from scores of different countries, few of which are prepared to repatriate them. It suits the world to leave the Kurds running the camps and acting as prison guards. Food, water, essential medical supplies and other basic facilities are provided by a range of humanitarian organizations, some under UN auspices.

The SDF is dependent on foreign aid to pay for prison operations. The US has provided training, uniforms and medical supplies to SDF forces running the prisons, and in 2020 the Pentagon provided some $1 million to pay for SDF guards. In February 2021, the British government announced it would fund an expansion of Gweiran prison in the north-eastern city of Hasakah, the largest facility for IS prisoners in Kurdish-controlled Syria.

The situation is highly unsatisfactory on a number of grounds.

The Kurds were left holding the baby, as it were, simply because the detention facilities – many of them unsuitable for housing people for long periods – were in Kurdish areas. They have been warning the West for years that they are struggling to cope. They simply cannot continue indefinitely caring for tens of thousands of prisoners-of-war, especially with uncertain and insufficient funding. The Kurds think it unfair that very few countries have agreed to take back their own nationals to face justice on charges of terrorism or the like.

Moreover, for years the Kurds have warned the West that the camps remain hotbeds of jihadist activity, and that outside them IS were beginning to regroup. It was known that plans were being hatched by the IS to storm the biggest prison camps and release some of the prisoners. On January 20 it happened. IS staged a sophisticated jailbreak attack aimed at freeing thousands of the group’s fighters locked up in Gweiran prison which holds an estimated 4,000 people from dozens of countries.

After six days of fierce conflict, the attempt failed. British and US special forces helped Kurdish fighters reclaim the complex, and a siege of the prison ended with hundreds of jihadists surrendering. A week later, on February 3, IS leader Abu Ibrahim al-Qurashi was dead following a US Special Forces raid on his hideout on the Syrian-Turkish border. Best estimates of the death toll in the attempted prison breakout was 124 IS jihadists and prisoners, and 57 SDF soldiers and civilians. At least 700 children were detained at Gweiran, an unknown number of whom were killed during the operation.

“Reports that children have been killed or injured are tragic and outrageous,” said Save the Children’s Sonia Khush. “Responsibility…lies at the door of foreign governments who have thought that they can simply abandon their child nationals in Syria… All foreign children must be repatriated – with their families – without any further delay. The international community cannot have the blood of any of these children on their hands.”

Some governments are reluctant to act because many of the boys being held are alleged to have been drafted into the so-called “Cubs of the Caliphate”, a child army used by IS leaders as cannon fodder, or as saboteurs more easily able than adults to infiltrate civilian areas. “These young people were trained by IS for suicide attacks and other military operations,” said Farhad Shami, an SDF spokesman.

The UK, among other states, have claimed that it is often difficult, if not impossible, to assemble enough proof of jihadist activity to put these boys – or indeed their mothers and fathers – on trial in their home countries. Simply to repatriate them without the evidence to charge them with acts of terrorism would be to admit highly dangerous individuals into society. The US, Italy, Kazakhstan, Oman and Tunisia have repatriated small numbers of jihadists, but most European and Arab countries – where the majority of IS fighters come from – have balked at taking them back.

Apart from militants, the SDF is also holding roughly 65,000 women and children in the al Hol displaced persons camp. Nearly a quarter of them, detained in an area of the camp known as the Annex, come from some 60 countries other than Syria or Iraq. Few governments are willing to repatriate these women, who often remain committed supporters of IS.

“Recapturing the prison,” she said, “does not resolve the indefinite detention without due process of nearly 45,000 foreign IS suspects and family members, most of them young children, in deeply degrading, often inhumane, and life-threatening conditions in prisons and locked camps in northeast Syria. The IS assault should be a wake-up call to home countries that it is long past time for them to bring their nationals home for reintegration and rehabilitation and, as appropriate, investigation and prosecution. Holding men, women, and children in these conditions is unconscionable, unlawful, and denies victims justice for IS crimes.”

She has a point.

Post Views: 131
Previous Biden warns Putin of a decisive response if Russia invades Ukraine
Next Report From Canada: The Regime Is Lying About The Truckers