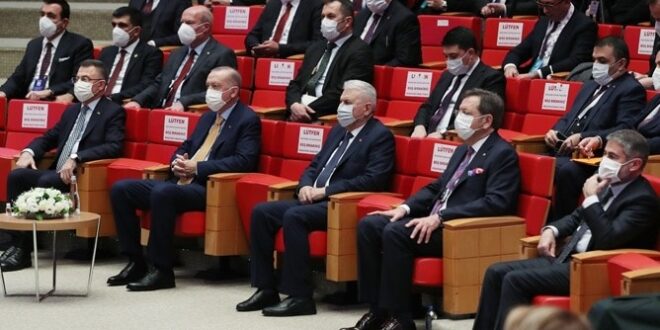 Turkey’s main opposition Republican People’s Party (CHP) leader Kemal Kılıçdaroğlu announced that he would not pay his electricity bills, calling out President Tayyip Erdoğan to take back the gradual electricity price hikes that were taken into effect at the beginning of the year that raised protests all over Turkey.

You may say that it is not only Kılıçdaroğlu, the whole nation wants Erdoğan to take back the hikes, but on the night of February 9, something unusual happened. CHP leader said he would not pay his electricity bill, yet he did not invite anyone to participate in his Gandhi-like stance of disobedience. This is the first time such a boycott has taken place.

The opposition’s statement came after a new gradual price increase in electricity consumption was implemented at the beginning of the year. With the new tariff, the unit price for monthly electricity consumption up to 150 kilowatts was increased by 52 percent and expenditures above that consumption level were increased by 125 percent. Besides workplaces and small businesses, more than 6 million households are thought to be affected by the excessive hikes.

CHP leader has regularly appeared on live broadcasts via his official Twitter account. On February 9, he was again behind his desk criticizing the recent energy price hikes, asking the President to reduce the VAT rate on electricity bills from 18 percent to 1 percent. He asked citizens to write down their bank account numbers and send them to the president’s Twitter account @RTErdopan with the hashtag #sırasende (now, it is your turn).

The question is: can Erdogan undo the price hikes while protests escalate and the opposition leader has launched a boycott? This question has been circulating since Presidential Spokesperson İbrahim Kalın announced on February 7 that the government is currently working on the “apparent expensiveness of the bills.” Erdogan had previously announced that the monthly consumption threshold had been increased from 150 to 210 kilowatts for a 50 percent rise, as if he was not the one that lowered it to 150 kilowatts. Unfortunately, that wasn’t enough either. Small businesses are protesting, asking for the raises to be taken back.

Will Erdogan acknowledge the wrong calculation?

Political circles in Ankara discuss that the 210-kilowatt limit may be increased to 250 kilowatts. It may enable the houses at the lowest consumption level to receive bills, still with a 50 percent raise, but not 125 percent. However, it doesn’t relieve either the workplaces or the factories.

Changing the consumption levels in electricity will not benefit either industry or commerce, but the President will have to admit that he made decisions with wrong calculations and had to reverse his decisions.

Well, who makes these calculations and puts them in front of the President? Is it the Minister of Energy, Fatih Dönmez, who asks “helallik” (blessing/redemption/atonement) from the people of Isparta that could not get electricity for three days due to infrastructure problems because of a snowstorm? Since the 210-kilowatt limit is already not enough, who will pay be the difference? The electricity service in Turkey is privatized and granted to the “Five” companies. What will be their stance when there is turmoil in the mechanisms they obtain profit from.

Then there is a question that people might ask, “If 210 or 250-kilowatt limit was profitable enough, why the level was kept at 150 in the first place?”

So that fellow contractors can earn more?

The answer may be hidden in the profit rates of Akdeniz Elektrik company, which is affiliated with CK Energy, a partnership of Kolin and Cengiz, one of the ten private participation in infrastructure sponsors in the world. It was learned from the Isparta-gate that the company bought the electricity for 32 cents per kilowatt-hour from the state and sold it to citizens (under 201 kilowatts) for 137 cents, for 175 cents to industry, and for 274 cents to businesses.

In his video message, Kılıçdaroğlu calls them “familiar names”. The election is approaching. When the funds cannot be transferred from the metropolitan municipalities, which are now under opposition CHP management, the AKP may turn to the contracting companies that have grown at a global level under their power and perhaps say, “it’s your turn”. That is speculation, but there is a widespread perception that the citizens are burdened so that the companies that control the privatized electricity distribution do not sacrifice their profits.

It is not only Kılıçdaroğlu who finds the hikes unacceptable.

Tradespeople began to hang bills on their windows. Some cafes and restaurants started to receive extra heating allowance; people are pushed into opportunism and deceit.
Cenovis (Alevi’s worship place) have already announced that they will not pay the bills that come to them as electricity and water services are free for mosques, synagogs and churches.

Eleven metropolitan municipalities from CHP made another joint statement when they did not receive a response from the government before. At the very least, they want tax exemption from the fuel used for urban transportation. And convenience in using natural gas. They don’t even get an answer.

But the price hikes that drive people mad are not limited to electricity, you know. So are natural gas and fuel oil.

There are new hikes in fuel, that is, gasoline, diesel and autogas. The price hikes in fuel were linked to the increase in the exchange rate. It is obvious that this is not entirely true. Because while the Treasury and Finance Minister Nureddin Nebati told investors in London that the Turkish Lira is stabilized around 13.5 against US Dollar, fuel is sold at a higher price than December 17, when the dollar was 18 lira.

As a result, the food and basic needs prices are increasing day by day. Sözcü newspaper has been covering IYI Party member Ümit Dikbayır and his wife’s shopping with the minimum wage for days. In the last shopping, they had to leave some products at the checkout.

Can Erdogan take back the hikes?

“The citizens demanded a solution from us; that means they still see the hope in us,” says Hamza Dag from the AKP. The AKP has been in government for 19 years. Of course, the citizens will ask AKP to fix what it has corrupted. The AKP’s defensive position also seems to have weakened.

Under these conditions, Erdogan cannot take back the raises, especially when Kılıçdaroğlu asked him to take them back with preemptive timing. In addition, it is difficult to risk the loss of the Treasury and the loss of profits of its affiliated companies.

Perhaps, steps such as some tax exemptions and lowering the minimum level of electricity consumption in gradual pricing, as we said, will be presented as if Erdogan’s rescuing the people as if it was someone else who announced the price hikes that caused the nation to rebel. However (in Necmettin Erbakan’s words), these “dressing measures” may impact the household incomes of the lowest-income group. But it would not seem to be of much use to industry and commerce.

You can never know; propaganda teams can give good news at these moments from “Qatar,” they may herald that “the money is coming, they are buying a company.” We would linger with that news a little while waiting for the bills to be paid.