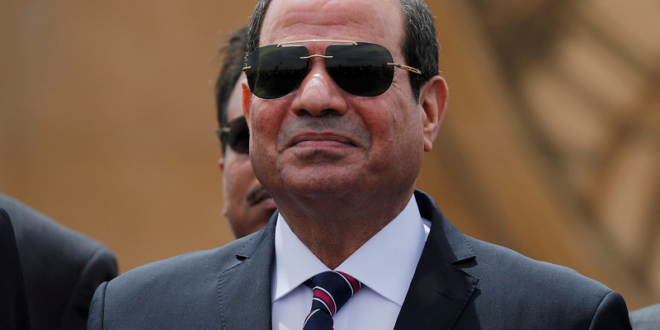 Washington must stop rewarding this strongman, whose tyrannical government tortures children and makes a mockery of justice.

According to tradition, King Menes united the two lands of Egypt about 5,000 years ago. Although Egypt appears as a single state on the globe today, American foreign policy still treats the country as though it was two completely different lands; one a critical ally deserving of American aid, and one a tyrannical nightmare unworthy of American security assistance.

A State Department human rights report details how President Abdel Fattah al-Sisi converted a country into a prison. Among other horrors, Egyptian security forces engage in extrajudicial killings, torture, as well as harsh crackdowns on anyone who wishes to practice the right to freedom of speech. As a result of Egypt’s abysmal human rights record, the Biden Administration recently blocked $130 million in annual security assistance.

Before applauding this supposed principled act in solidarity with the long-suffering Egyptian people, keep in mind that, in the same week, the State Department approved two military sales to the al-Sisi regime valued at $2.5 billion. According to the federal government, this transaction will purportedly “improve the security of a Major Non-NATO Ally that continues to be an important strategic partner of the United States.”

In what may be described as the definition of a slap on the wrist, the $130 million the State Department blocked is only a tenth of the annual $1.3 billion the United States has given to Egypt every year since 1987. In fact, Egypt is one of the largest recipients of U.S. military aid.

If the State Department strictly adhered to federal “Leahy Laws,” it would insist that Egypt abandon its despotic ways before Egypt received security assistance. Named after Vermont Senator Patrick Leahy, these laws compel the United States to withhold security assistance to countries that have committed gross violations of human rights. The Biden Administration should strictly enforce the Leahy Laws and deny Egypt the American dollars it craves until it becomes a place where human rights are honored and respected.

Instead, as punishment for their crimes, the ruling class of Egypt will somehow, some way, have to make do with only 90 percent of what they annually expect from the American taxpayers. Adjusting for inflation, this decades-long transfer of wealth from America to Egypt amounts to over $41 billion.

Human Rights Watch reports “Egypt’s security apparatus has arbitrarily arrested and prosecuted tens of thousands of persons,” and that “torture crimes against detainees in Egypt are systematic, widespread and likely constitute crimes against humanity.”

One such victim of torture is known as Hamza, who was arrested at his home late one night for the crime of participating in a public demonstration. Despite tireless attempts to track him down, his family was unable to obtain any information about his location for over a month. Later, it was revealed that officers used electric shocks on his genitals, head, and tongue. But even that was not enough for al-Sisi’s henchmen, who later suspended Hamza by his arms, which resulted in dislocating both of his shoulders. Hamza was eventually left on a corridor floor for three winter days without blankets. Such torture would be unbearable for any man. But Hamza was not a man. He was a 14-year-old boy at the time of his arrest.

Hamza is not alone, and the stories of other victims appear in Human Rights Watch’s 43-page report detailing Egypt’s systemic torture of children, including a victim as young as 12-years old.

In Egypt, journalism is a dangerous profession. When a 26-year old man died in police custody, a prominent Egyptian journalist, Islam el-Kahly, was arrested for covering the detainee’s death. And he is only one of several well-known journalists to be imprisoned for the crime of keeping his people informed. Photojournalist Mahmoud Abu Zeid was arrested in 2013 for covering the violent break up of a sit-in protest in Cairo. Zeid was released five years later but is still not free. He is required to report to a police station at 6:00 p.m. every night where the officer on duty decides whether Zeid will merely sign in or spend the night behind bars. The Committee to Protect Journalists ranks Egypt the third-worst jailer of members of its profession, behind only China and Myanmar.

But perhaps no activity is more dangerous than running for Egypt’s presidency. President al-Sisi was re-elected in 2018 with 97 percent of the vote, whose Soviet-style results were made possible after opposition candidates were effectively eliminated. Two candidates, Sami Anan and Ahmed Konsowa, were imprisoned, and a third, Ahmed Shafik, was placed under house arrest. A senior staffer to Anan’s campaign, Hisham Geneina, was brutally attacked by three men, which resulted in serious damage to his left eye and orbital bones. When another candidate, Mohamed Anwar al-Sadat, withdrew from the race he said, “it’s like committing suicide running against someone like this.”

President Biden pledged to put human rights at “the center of our foreign policy.” Torture of children. Arbitrary arrests of dissidents and journalists. Sham elections and the violent crushing of peaceful opposition. If these are not gross violations of human rights, nothing is.

The United States cannot proudly affirm human rights to be at the center of our foreign policy, while it arms a regime at war with its own people.

That is why I will force the Senate to vote on a resolution that would cancel the latest military sale to Egypt’s criminal masters. Partially taking away some military aid while offering new sales is weakness in the face of repression. Mere slaps on the wrist cannot hide the inescapable fact that the United States has handsomely rewarded Egypt as it degenerated into one of the most autocratic places on the globe. America should in no uncertain terms demonstrate that we will no longer strengthen a strongman.

We must cure ourselves of the delusion that Egypt is somehow two different lands. The real, existing Egypt is a tyranny. My resolution to cancel military sales offers a choice — whether the United States will side with the Egyptian people, or with their oppressors.

Post Views: 189
Previous Army of Ukraine lobbyists behind unprecedented Washington blitz
Next India tilts towards Russia in Ukraine fight at the UN