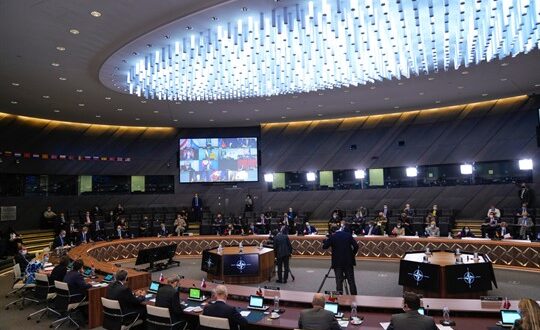 Europe Still Doesn’t Have a Realistic Alternative to NATO

Europe’s inability to prevent or alleviate the chaos of the departure—or even to have some influence over the withdrawal timeline and logistics—despite European NATO members’ 20-year involvement in Afghanistan has been felt as a deep humiliation here. In an interview Tuesday, European Council President Charles Michel offered some scathing criticism of the U.S., noting that Washington’s NATO allies showed solidarity by invoking the alliance’s Article 5 mutual defense clause after 9/11, while the U.S. made “very few if any consultations with their European partners” on withdrawal from Afghanistan. But Michel was no less scathing in his criticism of Europe’s dependence on the United States. Europe’s humiliation in Afghanistan, he added, “must prompt us Europeans to look in the mirror and ask ourselves: ‘How can we have more influence in the geopolitical sphere in the future than we do today?’”

Post Views: 100
Previous The EU’s WTO Case Against China Is More Than Just Symbolic
Next Poland’s Democratic Erosion Is as Worrying as Its Border Crisis