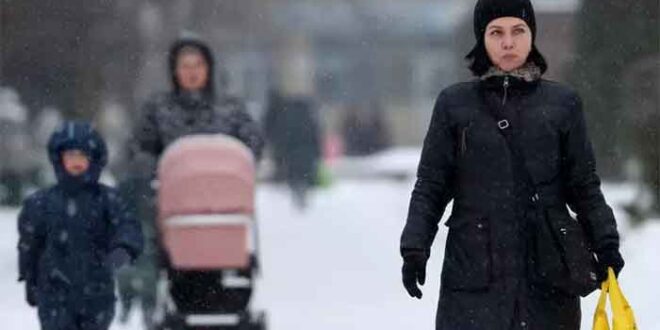 Russia does not want to invade Ukraine

Both Russia’s President, Vladimir Putin, and its Foreign Secretary, Sergey Laverov, have repeatedly stated that Russia does not intend to invade Ukraine. Logic also tells us that if they had wished to do so, they would have done it long ago. The threat of a Russian invasion of Ukraine is a western invention.

To understand how Russians feel about having western weapons and troops poured into a position on their nation’s borders, we should imagine how the United States would react if large numbers of Russian weapons and troops were stationed in Mexico or Canada.

In 1990, US Secretary of State James Baker assured Mikhail Gorbachev that “not an inch of NATO’s present military jurisdiction will spread in an eastward direction”. In return, Gorbachev agreed not to oppose the reunification. Russia kept its side of the bargain, but the United States broke its promise.

Military-industrial complexes do not actually want war. What they want is a level of tensions sufficiently high to justify obscenely bloated military budgets. In 2021 the world spent roughly two trillion dollars on armaments. This enormous river of money, almost too great to be imagined, flows like current in a devil’s dynamo from immensely rich arms corporations to buy the votes of corrupt politicians and the propaganda of mass media, numbed by which, citizens vote to perpetuate the system.

In the United States the industrial-military complex is particularly strong, and it has bipartisan support. This may explain US President Biden’s aggressive actions in the Ukraine crisis. However, although nobody wants war, and especially not a suicidal and potentially omnicidal nuclear war, a situation with very high tensions can become out of control through a technical or human error, through escalation of a small inciident, or through a false flag operation.

The threat of a nuclear war

Looking at modern history we can remember a number of times when the world came extremely close to nuclear war, The Cuban Missile Crisis is one example, but there are a number of others. We cannot continue to be lucky forever. Just as the politicians and generals who started World War I had no imaginative idea of what it would be like, our present day leaders seem not to realize the catastrophic nature of nuclear war. Because of the nuclear winter effect and because of the long-lasting effects of radioactivity, our civilization and much of the biosphere would not survive such a war. In the present crisis over Ukraine, both the United States and Russia possess more than enough nuclear weapons to destroy the world completely.

As citizens we must prevent our politicians from pursuing this insane brinksmanship.