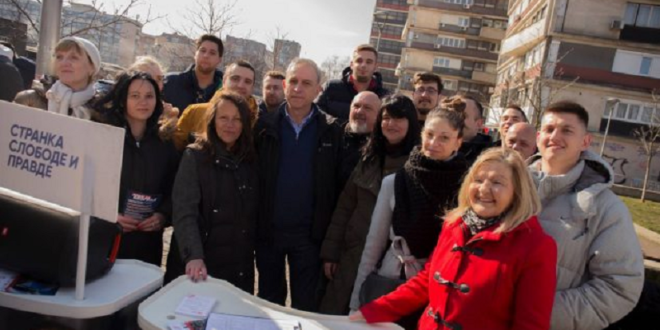 Military veteran Zdravko Ponos, an opposition candidate for president in an election in April, tells BIRN that Serbia will struggle to recover from five more years of Aleksandar Vucic.

As a candidate for Serbia’s highest office, Zdravko Ponos could hardly have a better biography: a highly-educated military man, former head of the armed forces, and one-time chief of staff to the head of the United Nations General Assembly, whose family was forced to flee as refugees from war in Croatia.

So since he was unveiled as a challenger to incumbent Aleksandar Vucic in Serbia’s upcoming presidential election, pro-government media have turned it all against him.

Headlines branded Ponos a “NATO general” for his efforts to modernise the Serbian army and forge ties with the West as chief of the General Staff of the Serbian armed forces between 2006 and 2008; tabloids scorned the fact he holds a Croatian as well as a Serbian passport, skimming over the suffering of his elderly relatives forced to flee their family home at the end of the 1991-95 Croatian war.

For Ponos, 59, the attacks are proof of the choice he says Serb voters face in the April election – “between good and evil.”

“I am quite convinced that Serbian society could barely recover if Vucic wins again in April,” he told BIRN in an interview. After a decade of rule by Vucic and his Serbian Progressive Party, SNS, “we are a completely institutionally destroyed as a society.”

Vucic, he said, differs little from his former political mentor, the firebrand ultranationalist and convicted war criminal Vojislav Seselj, leader of the Serbian Radical Party from which Vucic split in 2008 to form the SNS.

“Seselj is like from the ‘Alien’ movie,” said Ponos. “Serbia is a ship that can barely progress until that ‘eighth passenger’ gets off.”

Post Views: 158
Previous Orban’s Cheerleading for Putin: Follow the Money
Next Biden claims “Putin has made the decision” to invade Ukraine as mass evacuations begin in the Donbass