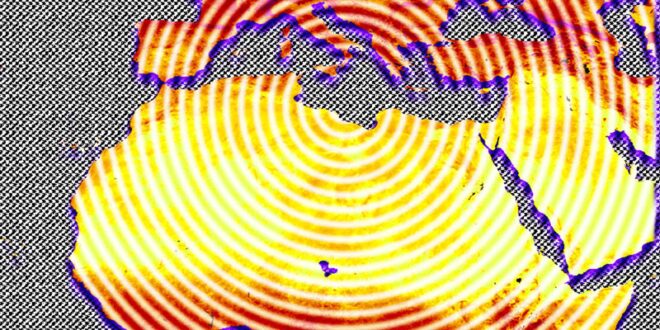 Policy differences between Europe and Africa have been widening, and while there may be warm words about a new partnership when the leaders of the EU and African Union meet in Brussels, there are unlikely to be breakthroughs on key African demands.

One area where Europeans and Africans have long seen eye-to-eye is fighting jihadists, and Europe has not hesitated to ally with African autocrats who promise a measure of stability.

Could Françafrique — the French sphere of influence that outlived the end of French colonialism — still be revived on a European scale, as Eurafrique?

Nick Westcott is the director of the Royal African Society in London and he was the first managing director for Africa at the EU’s European External Action Service. Faten Aggad is a senior advisor at the African Climate Foundation and she was formerly a senior advisor for negotiations with the EU with the African Union High Representative in Addis Ababa.

Elissa Jobson is director for global advocacy at the International Crisis Group and she was previously the group’s main liaison with the African Union. The Open Society European Policy Institute partnered with EU Scream in making this episode.

Post Views: 262
Previous To The Biden Admin: To Eradicate Iran’s Terrorism, Confront the Ruling Mullahs
Next US tank sale to bolster Polish forces as allies focus on Russia’s movements