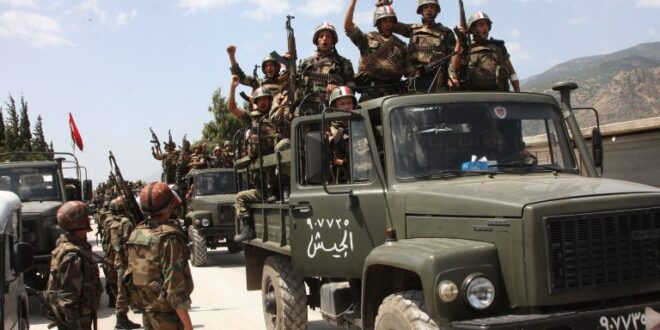 Multiple outside powers and domestic actors are pursuing their interests simultaneously through armed action on Syrian territory.

The regime of President Bashar al-Assad has largely prevailed over what many regarded as a civil war in the country, but it has limited sovereignty over much of Syrian territory and most of its borders.

Widespread fighting is one significant complicating factor to international efforts to help displaced persons and other vulnerable communities affected by more than a decade of warfare.

The United States opposes the reintegration of the Assad regime into the international community, though some other states appear to be moving towards normalization.

In the 11 years since an armed conflict broke out in 2011 against the regime of Syrian President Bashar al-Assad, external assistance from Russian, Iranian, and Iran-allied forces have helped Syrian forces regain control of two-thirds of Syria’s territory, which includes 12 million people out of an estimated population of 17 million. However, as fighting in many parts of Syria has continued, the United Nations Office for the Coordination of Humanitarian Affairs (OCHA) estimated that the number of people in need of assistance inside Syria in 2021 reached 14 million, including 6.7 million internally displaced Syrians. Of the internally displaced persons (IDPs), approximately 5.9 million are in acute need of humanitarian assistance. Most IDPs are concentrated in the province of Idlib, which is still controlled by opposition forces, Hayat Tahrir al-Sham, al-Qaeda-linked jihadists, and some forces of the Islamic State. It was in Idlib province that U.S. special forces raided the home of the Islamic State leader Abu Ibrahim al-Hashimi al-Qurayshi on February 3, resulting in his death and that of his family members when he detonated explosives.

The Assad regime’s consolidation of control of Syria’s heartland masks fighting and clashes that rage in vast territory of the north and east that remains outside Damascus’ control. The fighting, which largely involves the many outside actors pursuing their strategic and tactical interests in Syria, complicates efforts by international relief agencies to respond to the enormous humanitarian needs. Other interrupting factors to consistent aid include the lack of agreement on sustaining UN Security Council authorizations for cross-border humanitarian assistance and the presence of internationally designated terrorist groups, which constrain humanitarian operations. Several outside powers have focused on controlling the country’s border crossings, leaving Syrian forces in control of only 15 percent of the country’s international land borders. Turkey has sought to control its border with Syria to prevent more refugees and members of global terrorist groups from entering, while also positioning its forces to easily enter Syria to combat Kurdish groups that Turkey considers a threat to its national security. Turkey also has constructed a border wall in the Qamishli area, a stronghold of Syrian Kurds.

Iran and Iran-backed forces have also sought to control Syria’s borders with both Iraq and Lebanon, in order to protect the armed factions that it supports in each country. The Lebanese border is occupied by Iran’s key regional ally, Hezbollah, which has established bases on the Syrian side from which it dominates the Qalamoun mountainous region. Strategically, in eastern Syria, Iran has recruited Syrian nationals into militias and funded social welfare for Syrian communities in order to secure a land corridor all the way from Iran to Lebanon, through which it can arm Hezbollah. That local support has also facilitated Iran’s efforts to protect its Iraqi Shia militia proteges that control both sides of their border from Abu Kamal to al-Tanf. The militias have established weapons storehouses and encampments inside Syria, well out of the reach of Iraqi security forces, and pro-Iranian forces also control several of Syria’s military airports.

Iran’s presence in eastern Syria has sometimes brought it into direct conflict with U.S. forces in Syria, a reflection of the broader low-level regional conflict between Tehran and Washington. In an effort to compel the United States to withdraw from Syria—and leave the Syrian battlefields clear for Iran and its allies in Moscow—Iran-backed militias have conducted rocket and drone attacks on U.S. forces in eastern Syria, particularly at al-Tanf military base. Russia—allied with Iran in helping Assad—has used its intervention to showcase a continued role as a global power to rival the United States and to protect its naval presence in Tartus, on the Mediterranean, presenting itself as an increasingly key power in the Middle East and Levant. Russia has hosted multilateral talks to bring about reform and reconciliation in Syria, but at these sessions, Moscow has allowed Assad and Iran to veto any proposal that might require Assad to leave the presidency or dilute his authority. Russia has regularly sought to end cross-border relief programs through the UN Security Council in order to compel other governments to work only through the Assad regime to distribute aid.

After failures by the international community to facilitate a broad political settlement in Syria, Russian policy has sought to reintegrate the Assad regime into the regional and international fold in order to attract funding for reconstruction and development. Some Arab states, including Egypt, the United Arab Emirates (UAE), and Algeria, have resumed engagement with the Syrian government in the interest of limiting Iranian influence in Syria. The United States staunchly opposes broad Arab or international re-engagement with Syria. Yet, global and regional actors in Syria often appear to prioritize competition with other outside powers, rather than sacrifice any interests to achieve a political settlement that might end the brutal 11 years of war and resultant humanitarian and security crises.