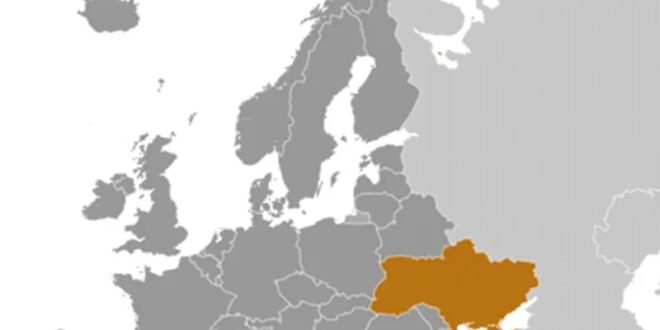 Ukraine: The Victim Of Western Alliances

The Ukraine crisis, similar to Brexit, is a vivid demonstration of the shaky nature of unions and alliances in Europe. This is not good news for the United States as it is determined to concentrate domestically and curb the rise of China. Putin’s determination to attack Ukraine also lies in the fact that NATO has no real intention of letting Ukraine join the alliance or waging war with Russia. In fact, NATO cannot fight Russia even if it wants to. The forces of the United States in Europe are not enough at all for this purpose, the same is true of the forces of Britain and France. Despite all the warnings about the Russian threat, why have no serious efforts been made or are being made by European troops to deter Russia and most NATO countries have always refused to increase their military spending to 2% of GDP? In short, because NATO is not going to fight Russia over Ukraine.

When faced with a serious threat, governments seek balancing. The balance is not limited to joining a strong alliance or strengthening the military, but any government strategy aimed at reducing the threat and strengthening the threatened security situation of the government is a kind of balance. The conditions on which the foundations of alliances are laid maintain their influence on the trends and the balance. Governments seek balance in times of peace or early stages of a war to prevent a defeat or emergence of a major threat. From the point of view of the proponents of the balance of power theory, any attempt to upset the balance will lead to the formation of an alliance against it.

According to Walt, governments usually join forces to find a balance against major threats. This can lead to the collapse of an alliance if significant changes are made in the level of threat against members of the alliance and members feel that the threat has diminished. This is because members will feel less need for external support. This tendency explains why alliances that are successful during a war are dissolved afterward. Even if the threat level is constant and does not change, the alliance will be fragile. Restoring peace reduces the incentive to balance.

Austria and Prussia after their war with Denmark in 1864, Britain and France in World War I, the Soviet Union and the United States after World War II, China, and the United States after the withdrawal from Vietnam are prominent examples of alliances that broke off after threats died down. Exactly when the results appear to be decisive, governments are encouraged to leave the losing side at the right moment. Thus, in World War II, the Greeks and Bulgarians first allied with the Nazis and then left Germany for new alliances as Germans were weakened and the war spread to the other side of Europe. Alliances must be under immediate and constant threat in order to rebuild or maintain their solidarity. This recurring pattern of weakening alliances and coalitions is happening for the EU which is struggling between waves of nationalism and populism such as Brexit, the Five Star Movement, and the Yellow Jackets.

Although the main reason for Western European governments’ adherence to NATO seemed to be fear of Russia, they were in fact more afraid of each other and of themselves. This was largely due to what happened in World War II and how easily Germany was defeated. There was the same fear of others in Germany itself. NATO is an alliance that members are afraid of one another. Europe’s embarrassing defeat in the Bosnian war in the early 1990s deepened this fear in Europe and clearly showed that Europeans could not solve even small military problems in their own continent without the full intervention of the United States. Of course, this dependence on the United States has exempted them from increasing military spending in their budgets so far. The United States’ scandalous withdrawal from Afghanistan and the AUKUS submarine deal with Australia, which was a stab in the back for France, exposed serious problems in the transatlantic alliance.

Similar to Georgians, Kyiv politicians made an egregious mistake and considered NATO to be Russia’s balancing force and deemed it crucial to join the alliance. Their assumption was that NATO was really the pole against Russia, while NATO’s dominant mentality was not balancing with Russia. The logic of NATO formation was to control Germany and, most importantly, to help members control each other. Ukraine’s admission to NATO has no advantage for the alliance, and Kyiv’s occupation by Russia does not upset the balance of power because Russia alone cannot attack the whole of Europe. Occupation maybe even the final solution that can end the conflict and establish peace.

Therefore, the focus in Europe must shift from the balance of power alone to the balance of threat and threat perception. According to Walt, the level and extent of threat perception are influenced by four factors: aggregate power, geographical proximity, aggressive power, and aggressive intentions. This means if other conditions are equal, an opponent that is geographically closer is considered more dangerous, opponents with more military might are more dangerous than those whose military is only capable of defending its territory, and finally, opponents with obvious aggressive intentions are considered more dangerous than those trying to maintain the status quo. When states feel that their existence or interests are under immediate threat, they try to make alliances against their foe. The more intense the external threat, the greater the motivation for solid unity and functionality. Therefore, policies change as the threat perception increases.

The occupation of Crimea was not significant enough to lead to the improvement of threat perception. This strategy required a large-scale war that was advancing towards the occupation of Ukraine or the fall of its government. This is where Ukraine must be sacrificed in the game of the great Western powers so that the threat perception of Russia in Europe is emphasized and their fragile alliances are strengthened. The main goal of US politicians is to sacrifice Ukraine, unite Europe and force them to increase their military budgets. After the occupation of Ukraine, the threat perception of Russia will become more vivid and tangible and other states facing Russian aggression will become more united. Fear of each other is replaced by fear of Russia, NATO becomes stronger, the European Union becomes more solid and the risk of its collapse diminishes. For a while, their internal problems are lost in the hustle and bustle of war. The United States can also focus more on the South China Sea and have a more integrated Europe.

In order to persuade Putin to attack, the threat perception in Moscow had to be increased so that Putin enter the game and be forced to react decisively on Russia’s immediate borders. This game started in 2014 with the color revolution and the overthrow of the pro-Kremlin government. The West’s emphasis on the possibility of Ukraine joining NATO intensified. Thus, Ukraine, a potential ally of Russia, became Moscow’s immediate security barrier on the verge of joining its rival. Moscow now has both the excuse and the power, and it sees itself as the winner, given Putin’s hesitation in the face of Putin’s non-negotiable demands.

Putin’s conclusion is that the United States and NATO have no intention of a military confrontation with Russia, an attack on Ukraine will only bring about more economic pressure and sanctions for Moscow, and an attack on Ukraine will not lead to a strong military response from NATO. Just as the occupation of Crimea did not have serious consequences for Russia. There is no doubt that an attack on Ukraine will be very costly for Russia, but for Putin, the recapture of Ukraine is of greater strategic importance than the Nord Stream 2 pipeline, which Washington threatens to block. Putin knows that Biden is worried about ending the wars and will not be able to start another one.

Biden’s promise to American voters was to end wars and focus on unemployment, Covid 19, and China. Moscow is convinced that Washington is tired of the war and that there is no determination in US statements of support for Ukraine. Putin either conquers Kyiv or the desperation of the West, especially the United States, brings him significant advantages and, for the time being, dissuades Moscow from military action. The first concession is NATO’s commitment not to deploy new forces in NATO countries close to Russia’s borders, in exchange for Russian restrictions on deploying new forces stationed on Ukraine’s borders. The second point is the real support of the United States and the West for the Minsk 2 agreement on the autonomy of the Donbas civilian zone in Ukraine and the real pressure on the Ukrainian government to accept this. Donbas autonomy inside Ukraine will be a serious obstacle to Ukraine’s integration into NATO membership and thus indirectly meet Moscow’s intermediate goals. Moscow’s retreat or weak response to the conflict and the diplomatic resolution of the crisis could encourage other countries to change their position and leave Moscow alone through a global coalition.