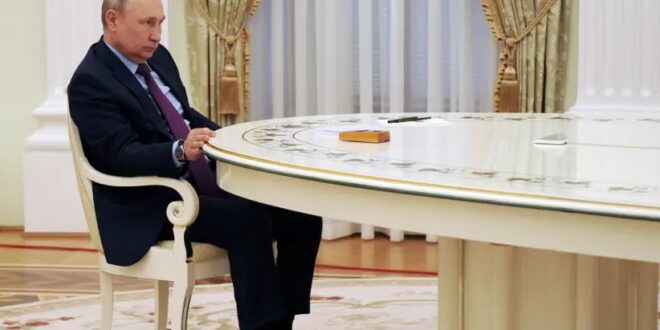 Russian President Vladimir Putin said in a press conference Russia would deploy troops, but it is unclear when.

Russian President Vladimir Putin stated that the Minsk agreements, which were intended to end the separatist conflict in eastern Ukraine, “no longer exist” and that Russia would provide military assistance to separatists, during a press conference on Tuesday evening, according to the Russian TASS news agency.

Putin claimed that the Minsk agreements were “killed” by Kyiv long before Russia recognized separatists as independent. He did not specify when troops would be deployed, noting that he did not say that troops “would go right now” to Donbass and adding that it was impossible to predict the framework of the operation in the area.

Putin additionally called for the demilitarization of Ukraine.

The upper house of Russia’s parliament approved the use of the Russian Armed Forces outside the country on Tuesday evening, hours after Polish Defense Minister Mariusz Błaszczak stated that Russian troops had already entered territories held by Ukrainian separatists.

The Russian president added that Russia was recognizing the Donetsk and Luhansk People’s Republics (DPR and LPR) within the borders written in their constitutions, which include areas controlled by Ukraine. Putin stressed that “all controversial issues will be resolved during negotiations between the current Kiev authorities and the leadership of these republics.”