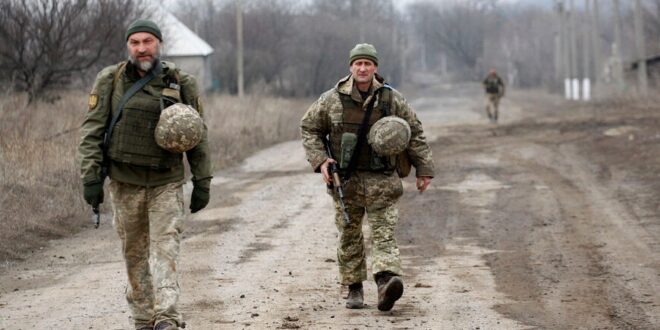 The Ukraine crisis has exposed Ankara’s limits on foreign policy, yet Turkey’s President Erdogan can still score points from rapprochement with the UAE and Israel.

As Western capitals scramble to stop further Russian advancement into Ukraine — after the Kremlin’s decision to recognize the sovereignty of two breakaway territories in Ukraine on Feb. 21 — through a series of sanctions and other measures, Turkey’s reaction to the move was mainly confined to denouncing Moscow’s decision. Ankara’s response shows its limited capacity to play an active role in the crisis as a player that appears to be increasingly stuck between the Russian hammer and NATO’s anvil.

Speaking on his return from his Africa trip to join the emergency NATO summit on Feb. 23, Erdogan said “it’s not possible for Turkey to give up” on its cooperation with both Ukraine and Russia, effectively ruling out any possibility of Ankara’s joining in the Western sanctions against Moscow.

With a certain degree of prudence, it can be said that there is still room — albeit very little — for diplomacy to resolve the crisis and prevent an all-out Russian invasion of Ukraine as expressed by US President Joe Biden who said that he was “hoping diplomacy is still available” during his address to the nation on Feb. 22. Yet it’s also clear that potential efforts on this fold will be led by the American leadership and some EU capitals, contrary to Erdogan’s aspirations to spearhead a mediation process between two conflicted countries.

Let aside being a mediator, Ankara has emerged as one of the collateral damages of the crisis as the unfolding developments reveal the irrelevance of Turkish foreign policy, defying Erdogan’s apparent expectations to paint his country as a regional powerhouse.

In the first stage of the standoff, Turkey evoked an active rhetoric to de-escalate the situation. Erdogan, performing one of his typical high-profile foreign policy initiatives, paid a visit to Kyiv on Feb. 3, reiterating Turkey’s support for Ukraine but also putting forward a mediation initiative. He offered to host a face-to-face summit between Russian leader Vladimir Putin and his Ukrainian counterpart, Volodymyr Zelenskyy, or a “technical meeting” between Ukrainian and Russian officials.

Turkey’s offer was no more than an image-building exercise for Erdogan, whose domestic standing is deteriorating amid Turkey’s economic turmoil. Some analysts interpreted the mediation offer as a tool for Ankara to position itself as a political platform alternative to Europe. Yet Erdogan’s pro-Ukrainian posture on the standoff and his refusal to put the Russian annexation of Crimea on a backburner have dimmed Ankara’s chances in the eyes of Moscow — his rhetoric was welcomed by Western capitals and some quarters in Turkey as a sign for Ankara’s commitment to NATO.

Erdogan’s attempts to paint himself as a potential mediator between Kyiv and Moscow were rebuffed by both major powers involved in the conflict — Russia and the United States. His aspirations for that ended with getting nowhere. Putin, who prefers direct negotiations with Biden, did not pay much attention to Erdogan’s initiative, and his planned visit to Turkey, which was announced by Erdogan himself, has yet to materialize.

Similarly, there are no indications showing that Turkey’s mediation offer was considered seriously by Washington. No Western leaders referenced Ankara during the intensity of their frenzied diplomatic traffic to find an offramp to the crisis.

While Biden has been an influential player as the leading statesman of the revived Transatlantic security system, France’s President Emmanuel Macron, who has long been at odds with Erdogan, has also managed to raise his profile during the crisis with his face-to-face meeting with Putin in Moscow earlier this month. Ironically, it was Macron who described NATO as “brain dead” only two years ago while criticizing the alliance for failing to counter Turkey’s aggressive maritime policies in the eastern Mediterranean Sea. Following Macron, German Chancellor Olaf Scholz also visited Moscow.

Thanks to the latest crisis, the Transatlantic security system is now regaining its significance. In the words of Wolfgang Ischinger, chairman of the Munich Security Conference, “Putin has single-handedly given NATO a vitamin injection.”

Along with the revival of NATO, a necessity for a new European security order is also widely debated. However, Western leaders seem to be ignoring Turkey in their quest or they have simply been keeping their expectations from Ankara limited as they consider their easternmost ally an unreliable partner because of Erdogan’s close relations with Putin at the expense of NATO.

As the developments unfold, Erdogan’s attempts to play an active role in the crisis also seem to be winding down. The Western capitals have not reserved a seat for Turkey in their internal attempts to de-escalate the standoff. Zelenskyy’s Feb. 22 offer to gather a meeting between Turkey, Germany, Ukraine and the UN Security Council’s permanent members has similarly fallen on deaf ears — at least for now.

All that said should not suggest that Turkey has become a loser of the Russia-Ukraine conflict. The crisis has only exposed the limits of Ankara’s ambitions aiming to pose itself as a “regional power” and an indispensable ally in both war and peace.

Other than that, the crisis could also provide Ankara with some profitable results. The free trade agreement signed between Turkey and Ukraine during Erdogan’s Kyiv visit in early February will benefit more than 700 Turkish companies operating in Ukraine. The agreement will also boost bilateral trade that currently stands at $7 billion to some $10 billion in the next five years.

Most notably, the military-technical cooperation between Ankara and Kyiv is deepening. Erdogan and Zelensky agreed on the joint production of Turkish Bayraktar TB-2 combat drones in Ukraine and the use of Ukrainian Motor Sich engines in the next generation Bayraktar drones that are manufactured by a company owned by Erdogan’s son-in-law.

In the face of Western sanctions stemming from Ankara’s purchase of the Russian-made S-400 air defense systems, Turkey has experienced severe military procurement and production gaps. One of the most acute was supplying engines for drones.

For Erdogan, the year 2022 has crucial importance ahead of the presidential elections scheduled for 2023. Polls show that Erdogan’s winning fortunes are on a downhill trend. The Turkish economy is in a deep crisis, and if Turkey’s economic and financial conditions do not improve, Erdogan’s survival will be in jeopardy. Erdogan’s priority is now the state of the economy, which will play a decisive role in elections. Therefore, his motives are dictated by economic interests more than anything else.

That is the main drive behind Ankara’s quest to mend its ties with its former regional rivals. After nine years, Erdogan visited the United Arab Emirates last month to sign more than a dozen agreements to boost cooperation between Turkey and the Gulf powerhouse.

Now, Erdogan is waiting to host the president of another former nemesis, Israel’s Isaac Herzog, who is set to travel to Turkey on March 9. Only a year ago, Erdogan accused the UAE of treason for signing the Abraham Accords with Israel. Ironically, it was reportedly the UAE that acted as a go-between between Erdogan and the Israelis to facilitate rapprochement.

Erdogan might be hoping that Turkey-Israel normalization will bring back the international financial institutions, investors and hedge fund managers to Turkish markets that had steadily withdrawn in the last year or two.

If his new openings to the Gulf and Israel bear fruit, Erdogan can live without playing a major role in the Russia-Ukraine crisis. Despite the erosion of his popularity inside and Western rebuffs over the Ukraine standoff, it is still too early to write him off. It is also too early to forecast how the Russian-Ukrainian conflict will shape Turkey’s destiny. It could bear disastrous consequences as well as boost the chances of Erdogan’s survival.

Post Views: 179
Previous Will Either Macron or Erdogan Back Down in the Eastern Mediterranean?
Next Erdogan not giving up on gas from Iraqi Kurdistan