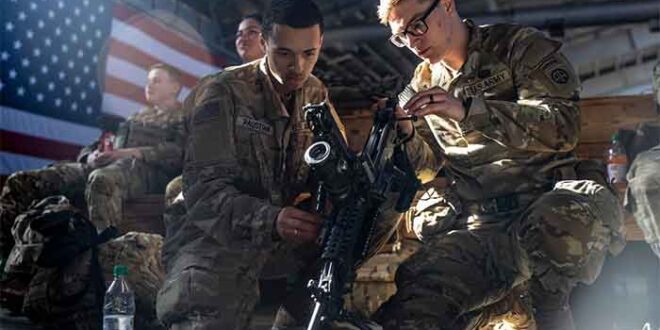 Amidst of all its failures, the troika of capitalism, reactionary nationalism and imperialism move together to continue its false relevance with the help of its traditional weapons of war and regional conflicts. It is a response to divert the radical agendas and promises of rising social and political movements against capitalism and imperialism. It is within this context; one needs to reflect on imperialist imposed conflict between Ukraine and Russia. These two neighbouring countries have not only fought against oligarchy, feudalism, fascism and capitalism but also fought against imperialism. Their common battle led to the defeat of fascism and deepening of democracy in Europe. Both Ukrainians and Russians have sacrificed enormously to establish lasting peace in Europe. These two countries share common history, culture and bound by family ties. The NATO led imperialist imposed conflict is destroying the common heritage, culture and history of peace and solidarity in the region. It is pushing entire Europe into war and turmoil. This is the best way to hide the irrelevance of NATO and endless failures of capitalism as a system.

The history of Ukraine has witnessed the end of Tsars, the Poles, Russian and the Austro-Hungarian empires. It will be no different. Once again Ukraine will be the burial ground for the NATO led European and Yankee imperialism and its relevance. From the crisis in Crimea, Odessa to Donbass today are products of NATO’s playbook to expand and bring back its fictional relevance. The NATO’s east ward manoeuvres are part of this playbook which hides the failures of NATO to provide security needs of its member states. The admissions of Albania, Croatia, Poland, the Czech Republic, Hungary, Bulgaria, Estonia, Latvia, Lithuania, Romania, Slovakia, Slovenia, Montenegro and North Macedonia into the fold of the NATO are glaring examples of its cold war strategy. Such an expansion of NATO has reached Russian boarders. Russian actions are a direct response to NATO’s imperialist actions. This NATO led conflicts are pushing the region and the world into a condition of war like situation and instability, where military industrial complex will make super profit at the cost of people and peace. The NATO led wars in Kosovo, Afghanistan, Iraq and Libya has nothing to do with defeating dictators and establishing democracy. These wars have nothing to do with defence and security of people. These are wars to create defence markets to sale huge amount of weapons in the name of regime change. The conflict between Russia and Ukraine helps such an agenda as well.

Andrew Cockburn in his book “The Spoils of War,” has outlined the way imperialist-capitalist alliance led by NATO seeks to ensure new market for Pentagon contractors like Lockheed Martin. As Cockburn reminds us that “By 2014, the 12 new members (of NATO) had purchased close to $17 billion worth of American weapons.”. The NATO members are natural customers of weapons of mass destruction. Cockburn’s book further documents, NATO’s collective military spending “had hit $1.03 trillion, or roughly 20 times Russia’s military budget”. The citizens of NATO member states face austerity measures on welfare spending, suffer from ill health, unemployment, poverty and homelessness but the ruling elites design the war games to domesticate basic citizenship rights and undermine democracy and peace. The reactionary ethnic and religious nationalism helps in this process of dismantling democracy and citizenship rights in the name of national unity and sovereignty. The Ukrainian and Russian conflicts move in this direction where people are ultimate losers and military corporates are the real winners.

Imperialist wars can never secure the unity, integrity and sovereignty of any country. It is peace, prosperity and solidarity that secures people, communities, nation states and planet. It is time to abandon all imperialist organisations like NATO and their military projects for a lasting world peace. Peace is the only alternative for the Ukrainians, Russians and everyone else in the world. Imperialist wars and conflicts are against people and our planet. There is no alternative to peace.