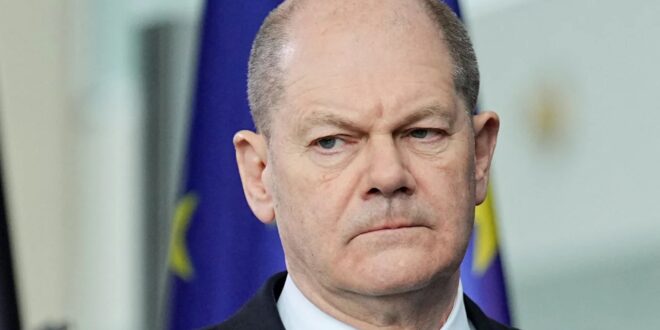 Olaf Scholz was meant to also visit Jordan and the West Bank, but has canceled those visits and will only be in the region for one day

German Chancellor Olaf Scholz will arrive in Israel for a snap visit on Wednesday amid the Russia-Ukraine crisis.

Scholz’s schedule has him meeting with Knesset Speaker Mickey Levy, a lawmaker from the Yesh Atid party, before meeting with Prime Minister Naftali Bennett. Scholz and Bennett are scheduled to visit Yad Vashem, Israel’s official Holocaust memorial, and will hold a press conference.

Scholz was originally set to visit Jordan and the West Bank as well, but has canceled those visits and will only remain in the region for a day.

Scholz announced on Friday that Germany would sharply increase its spending on defense to more than 2 percent of its economic output in one of a series of policy shifts prompted by Russia’s invasion of Ukraine.

Germany this week also halted its Nord Stream 2 gas pipeline project with Russia and agreed to send weapons to Ukraine after long resisting pressure from Western allies on both issues and facing accusations of being too dovish towards the Kremlin.

He also said that Germany had to move quickly to reduce its dependence on Russia as an energy supplier.

On Germany’s decision to send Ukraine defensive anti-tank weapons, surface-to-air missiles and ammunition after long refusing on the grounds that the country did not send weapons to conflict zones, Scholz said simply: “There could be no other answer to Putin’s aggression”.