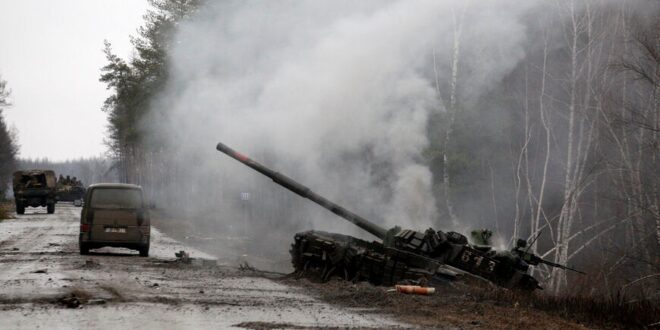 Russia’s invasion of Ukraine will have an impact beyond Europe. Follow along for the latest updates affecting the Mideast region.

Russia’s invasion of Ukraine is the largest state-on-state conflict Europe has seen since World War II. But the war’s effects are not limited to the continent.

Middle Eastern states have deep ties with both sides in trade, tourism and defense. While North African countries like Egypt and Libya have military ties with Moscow, they also rely on imports of Ukrainian agricultural products. Russia’s leveraging of natural gas in the conflict and the war’s effect on oil prices has also has turned the spotlight on Arab Gulf states.

Turkey lies at the geographic center of the conflict as calls from Kyiv grow for Ankara to close the straits to the Black Sea to Russia’s navy.

Follow along with the latest updates affecting the region:

Mar. 1: Ukraine’s Zelensky gets standing ovation in European Parliament as he vows to fight for freedom

1:52 p.m., Feb. 28: Top US diplomat thanks Turkey for ‘continued implementation’ of Montreux Convention

Feb. 28: The Ukrainian delegation arrives at area where talks with Russia will be held

Feb. 27: Israel’s Bennett proposes to mediate over Ukraine in call with Russia’s Putin

Feb. 27: Egypt’s Al-Azhar calls for dialogue between Russia and Ukraine

Feb. 27: Ukraine points to Turkey as venue for negotiations to end conflict with Russia

Feb. 26: Lebanon to evacuate its citizens in Ukraine

Feb. 26: UAE calls for end of hostilities between Russia and Ukraine after fence sitting at UN

6:44 a.m., Feb. 26: Israel urges its citizens fleeing Ukraine to identify themselves with signs

Feb. 26: Third commercial vessel struck in the Black Sea as conflict escalates between Russia and Ukraine