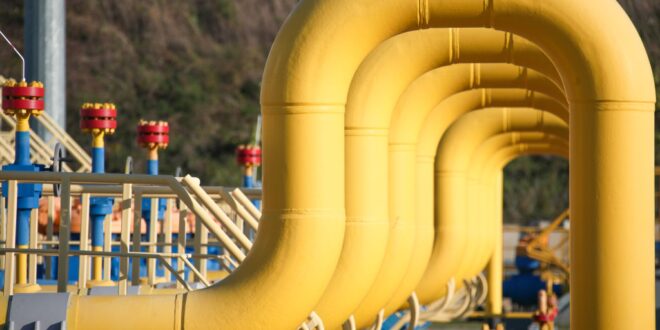 Europe’s response to Ukraine crisis: More gas, but from elsewhere

Facing the prospect of Putin turning off the gas taps to Europe in tit for tat sanctions following Russia’s invasion of Ukraine, European Commission President Ursula von der Leyen says the focus is on finding LNG from “more reliable partners”.

EU prime ministers last night adopted the harshest sanctions regime ever enacted in EU history, freezing Russia out of the international financial system in response to its full-scale invasion of Ukraine yesterday morning. However, they held back on firing the three big guns: hitting the oil and gas sector, excluding Russia from the SWIFT bank transfer system, and levying direct sanctions on Russian President Vladimir Putin himself. The speculation is that they are keeping those threats in play to stop Putin from turning off the natural gas taps to the EU.

Should Putin stop sending gas to the West, European Commission President Ursula von der Leyen said at a press conference last night that the EU has a contingency plan. “For this winter we will have enough supplies of LNG [liquified natural gas] from elsewhere, from reliable suppliers,” she insisted. “We have been working hard [on that] in the last weeks.” The EU recently got assurances from Norway, Japan, Qatar and the US for an increase in LNG shipments should Putin turn off the taps.

Even if von der Leyen is right, this would only buy Europe a few weeks. What happens after that? “This is the short term,” she conceded. “With these bad experiences over the last year we have to develop a clear strategy how to get completely independent of Russian fossil fuel. One of the solutions is, if I look at the gas sector, to work with the suppliers of LNG. […] We have the terminals, we have the pipeline network all over the EU, so wherever the LNG lands it can be brought to every different part of the EU. But it also has a second big advantage: this whole infrastructure can be used over time for green hydrogen.”