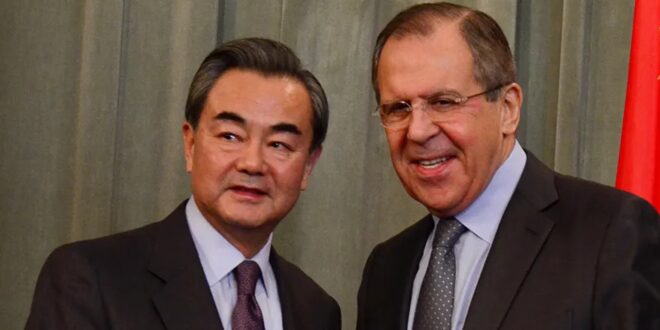 In the West, China’s views on Ukraine have largely been seen through the lenses that people want to interpret China’s actions. Some fear Beijing will use the opportunity to do something in Taiwan, while others instead suggest that this will lead to a fissure between China and Russia as Moscow tests the international order, recognises breakaway states and causes economic chaos – all things that logically irritate Beijing. Yet all of this stands apart from the fairly blank and often confusing response we have actually seen, where Chinese officialdom initially made statements which lacked internal coherence and seemed aimed at pleasing everybody, and then latterly took a posture of blaming the US. Beijing has aligned itself with Russia from the outset, though it has repeatedly softened its line to reflect a genuine concern about a potential catastrophic escalation, a desire to appear to be trying to do the right thing, and a likely genuine wish not to actively encourage Russian adventurism.

Go back in time to 2014, and Chinese commentators were more circumspect in their response towards Russian action in Crimea. While they did not leap up to praise and support, they did not condemn, and instead offered commentary that seemed to suggest that they at least understood Moscow’s underlying concerns. From Beijing’s perspective, events in 2014 were an extension of the problem that Chinese (and Russian) officials refer to as ‘Colour Revolutions’, a refence to the toppling of authoritarian regimes by public uprisings that can be traced back to the Rose Revolution in Georgia in 2003. That event precipitated a similar uprising in Ukraine a year or so later (dubbed the Orange Revolution), and was followed by a similar government overthrow (dubbed the Tulip Revolution) in Kyrgyzstan in 2005. This chain of events then seemed to slow until 2011 and the Arab Spring, which brought a similar wave of public protest and authoritarian overthrow across the Arab world, and even touched on China’s shores in the very limited ‘Jasmine Revolution’.

While Beijing was not ecstatic about the redrawing of borders on the basis of ethnicity and the recognition of breakaway provinces (a precedent they always fear will be used against them), it could see where Moscow was coming from and worried about the wider consequences of the Euromaidan protests that culminated in Russia’s actions in Crimea. Additionally, it had little interest in condemning Russia, an important neighbour and ally whom it recognises has a very different view on how independent former Soviet countries actually are. Back in 2014, China was preoccupied with many other issues – including a domestic terrorist problem which appeared to be getting out of control – and saw little value in becoming entangled in a fundamentally European problem. In a comment which echoes precisely what is being said today, then Chinese UN Ambassador Liu Jieyi stated that Crimea posed a ‘complex intertwinement of historical and contemporary factors’.

This stood in stark contrast to 2008, when Russia invaded Georgia and recognised the breakaway regions of South Ossetia and Abkhazia. At that time, Beijing was irritated that Moscow had chosen to launch its incursion right when Beijing was hosting the Olympic Games (by contrast, the 2022 Winter Games had notably ended at around the time Putin decided to take action against Ukraine, suggesting at the very least a sense of diplomatic timing by Moscow), and actively worked to block Russian attempts to get the Shanghai Cooperation Organization (SCO) to support what Moscow as doing. Led by the unassuming and consensus-driven Hu Jintao, China was a power that still framed itself as rising and eager not to make waves. In what could be read as a thunderous rebuke by the then usually mute Beijing, the Ministry of Foreign Affairs (MFA) expressed ‘concern’ about Russia’s recognition of the two states.

Cut forward to today and Beijing seems much more willing to rhetorically champion Moscow’s perspectives. In earlier statements, it appears to have tried to maintain a line which avoided praising Russia, acknowledged some legitimacy in its concerns and at the same time upheld the UN charter and its calls for the protection of national territorial integrity (a nod to Ukraine’s perspective). But in fact, Beijing said very little. Echoing 2014, MFA spokesman Wang Wenbin stated that from Beijing’s perspective there was ‘a complex historical context and complicated factors at play on this issue’.

But things sharpened rapidly. While these same narratives remain present, a more aggressive tone towards the US came in when spokeswoman Hua Chunying took over the regular MFA briefings. ‘A key question here is what role the US, the culprit of current tensions surrounding Ukraine, has played. If someone keeps pouring oil on the flame while accusing others of not doing their best to put out the fire, such kind of behaviour is clearly irresponsible and immoral’, she said. Foreign Minister Wang Yi has made explicit reference to Russian concerns about NATO expansion, suggesting it as an explanation for the conflict.

While it is no longer surprising to hear such fiery rhetoric from the formerly staid MFA, it is a clear step further than Beijing was willing to go last time. What has changed is not the partnership with Russia, which has remained a constant and strengthened during the past decade and a half, but rather the relationship with the US, which is the principal vector through which Beijing views international affairs.

Viewed in this light, the response to Ukraine becomes shaped by the wider geopolitical context that Beijing sees. There is a substantial economic relationship between Ukraine and China, with China overtaking Russia as the country’s biggest trading partner in 2019. But it is not something that is irreplaceable from China’s perspective, and there is nothing to say that China will not be able to pick up quickly in economic terms after the Russian invasion, no matter who is left in charge. Reflecting China’s willingness to accept a relatively high risk threshold in Ukraine, PowerChina agreed in late 2020 to undertake the construction of the largest wind farm in Europe at a cost of around $1 billion in the divided Donetsk region of Ukraine, near where separatist rebels controlled territory (and presumably now at the heart of the conflict). This highlights Beijing’s willingness to undertake difficult investments, which doubtless the government in Kyiv would have appreciated. It is notable that while India’s tacit tolerance of Russia has generated anger from Kyiv, there has been less comment about Beijing’s very similar messaging, although it is reported to have generated some anger towards China on the ground.

But it is highly doubtful that China will prioritise bilateral trade and investment with Ukraine over its relationship with Russia. It is equally unlikely that Beijing will decide to join the West in a chorus of condemnation towards Moscow. The wider negative geopolitical consequences fly in the face of the grand joint communique issued by Presidents Xi Jinping and Vladimir Putin when they met at the opening of the Winter Games in Beijing. While it is the source of great speculation whether Putin informed Xi when they met of what was being planned, the idea that China now feels played in some way seems unlikely. That the vast Chinese commentariat (and Ministry of Foreign Affairs) were unaware of what the leadership knew is unlikely to be a reflection of a systemic lack of knowledge, but rather suggests a closed centre around Xi that chose not to share information. Xi may have calculated that the Russian conflict would be brief, that it was not really his problem to worry about, and that it was not his place to judge what Putin saw as simply a ‘domestic’ issue.

China may not appreciate the chaos that Russia’s actions engender, but it will also conclude that there is little it can gain from trying to rein Moscow in, except to lose a partner in its confrontation with the US. In fact, there is every chance Beijing will benefit from this situation, gaining a stronger hand over its bilateral relationship with Moscow as Putin alienates large portions of the globe and sees Russia cut out of the international system. And in some parts of Chinese considerations, there may even be some thought given to the benefits that Russia’s actions might bring in terms of creating a wider distraction, exposing fissures between Western allies, providing lessons for future confrontations and more broadly creating an opportunity for China to look like a more stable actor on the international stage in contrast to Russia.

None of this is to say Beijing is pleased with being associated with a bellicose pariah, and there is no doubt that China’s calls for a peaceful resolution to the conflict are genuine. Doubtless, there is some concern about the Chinese students who appear to be stuck in Ukraine. But it is also clear that hard geopolitics is prominent in China’s thinking, and its willingness to support Russia trumps such concerns. Moreover, Beijing, like Moscow, believes that things blow over. In what is almost a complete turnaround from 2008, in December last year an image emerged of the Ambassador to Syria for the breakaway Georgian Republic of Abkhazia meeting with the Chinese Ambassador to Damascus, Feng Biao. The full content of the encounter is not clear, but it was a source of friction between Tbilisi and Beijing. Reflecting continued Chinese curiosity in the region, a Shanghai news outlet recently had a reporter visit, something that was reported in light of the recent Russian recognitions in Ukraine.

A final point to note is that there is little reason why Beijing would feel it is being isolated on the international stage alongside Moscow at the moment. Watch the UN meetings in the run-up to Russia’s invasion, and India’s statements echo China’s refusal to condemn Moscow. Both voted the same way (alongside the UAE), choosing to abstain on the UN resolution condemning Russian action, while Indian finance officials are reported to be examining ways they can circumvent Western sanctions to continue to trade with Russia. Chinese banks have also been exploring ways of limiting their exposure, but the larger food, finance, technology and energy deals signed during Putin’s visit to Beijing earlier in the year highlight a deep economic relationship that is unlikely to change. Neither Beijing nor New Delhi appear eager to follow Western sanctions, although China is more forthright in condemning the use of the tactic. New Delhi may have subsequently done more to try to reach out to the Ukrainian side, but it has continued to avoid any sense of condemnation towards Moscow.

China and India may in other contexts be in violent conflict with each other, but they appear unified in being unwilling to jettison their relationship with Moscow in favour of Ukrainian or Western appeals. And given their collective representation of over a third of the planet’s population, this provides all three countries with adequate cover to wait and see how things develop, while keeping a cold eye on realist geopolitics.

Post Views: 109
Previous ‘Built for this mission’: Most of V Corps’ HQ shifts from US to Europe in response to Russia
Next Nationalist and Imperial Thinking Define Putin’s Vision for Russia 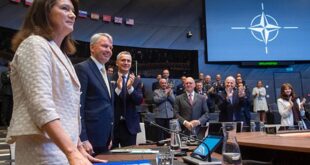