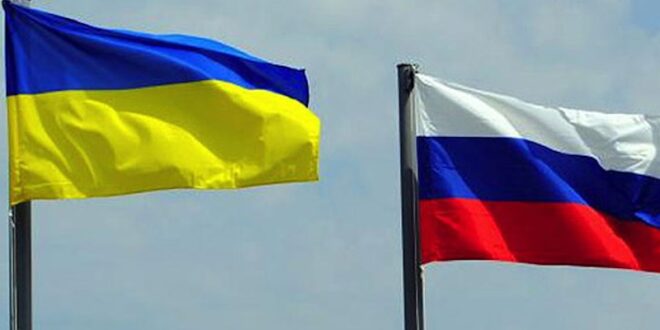 Over the past week, the truth has crept out over how Western governments and Western media view the conflict in Ukraine, a country they abandoned, in comparison to the wars waged by the West in particular against West Asian countries.

It’s very unfortunate, that the crisis in Ukraine has reached the stage of a full-scale military escalation; but the crocodile tears by western leaders and the hypocrisy of the media and authorities will not end this conflict. Ukraine itself has even been abandoned by its allies, in particular the United States and Great Britain.

When people talk about the West, they should be more accurate in saying the hypocrisy that is mostly emerging from the Anglo-sphere or the “five eyes”.

When it comes to the mainstream media, many have criticized the racist attitude of pundits and reporters on mostly American and British platforms who voiced their alarm at a conflict occurring in Ukraine because of its proximity to the West and that Ukrainian refugees are white.

CBS’s correspondent in Kyiv, Charlie D’Agata, reported, “This isn’t a place, with all due respect, like Iraq or Afghanistan that has seen conflict raging for decades … this is a relatively civilized, relatively European … city where you wouldn’t expect that or hope that (war) to happen”.

“With all due respect,” the conflict in Iraq and Afghanistan was an invasion launched by the United States and when it comes to civilization. And are countries such as Iraq uncivilized?

Iraqis were preaching to the world about science and algebra at a time when those in the West were painting their faces the color blue and living in the forest.

According to the UN Refugee Agency Chief, Filippo Grandi, around half a million Ukrainians have unfortunately left their homes and crossed into neighboring countries.

But journalist Daniel Hannan writing for the top British conservative newspaper, Telegraph, was shocked because they seem so like us. That is what makes it so shocking. Ukraine is a European country, he says.

Of course, it is shocking that a conflict should occur in Europe for Daniel Hannan who may have forgotten that World War One and World War Two broke out in Europe.

She certainly put it bluntly: if you’re Syrian and neither white nor Christian, then you don’t really matter in this world.

A commentator on the BBC took it up a notch saying “It’s very emotional for me because I see European people with blue eyes and blonde hair being killed”. What made these remarks even worse is that the BBC presenter failed to challenge the comments.

Another news anchor Peter Dobbie said what is compelling from looking at Ukrainian refugees is the way they are dressed. He said, “These are prosperous, middle-class people. These are not obviously refugees trying to get away from the Middle East…or North Africa. They look like any European family that you’d live next door to.”

Refugees are refugees no matter how they dress and how they look and where they live. The racist bigotry and racism during a conflict is quite shameful.

But the idea that a conflict inside civilized Europe is so alarming because wars only happen in countries that are uncivilized is such disturbing double standards and hypocritical analyses because all the wars outside Europe, the vast majority of which in West Asia and Africa occurred as a result of Western imperialism, plots, and military adventurism, not by the people themselves.

British media has also been glorifying Ukrainians fighting Russians, effectively taking sides in a way that they would not dare to cover in other conflicts. For example, the Palestinians resisting Israeli regime forces would not receive such coverage.

Britain’s Sky News showed a clip of how people are making bombs explaining in detail how to make the devices as effective as possible. If those people making explosive devices were Palestinians they would be branded as terrorists. There are many examples of this hypocrisy over the past few days but the list is too long to cover.

The fake news propaganda machine in the Anglo-sphere has been working overdrive on mainstream media as well as social media.

So much so that it’s repeating the same mistakes. One of which is the reported killing again of CNN journalist Bernie Gores, who was reportedly executed by the Taliban in Afghanistan and also now the first American to die in Ukraine. Poor old Bernie, the man is still alive.

In the UK, the same critics who accused Brexit architect Nigel Farage of wanting to deport Polish people are now calling for the deportation of Russians from Britain.

The Anglo-sphere claims or tries to preach to others on how the world should distance-sports from politics.

But there have been calls for Russians who own shares in British football team Chelsea for example to be deprived of their ownership and deported.

This is while Saudi Arabia, which has been pounding Yemen for seven years and killing half a million Yemenis, including 80,000 children, owns two football clubs in Britain.

The United Arab Emirates which is a partner in the Saudi-led coalition owns Manchester City football club, arguably the richest team in England. The club held an event against the bombing in Ukraine.

The European Union is also at fault as Israel which has illegally occupied the Palestinian Territories and committed countless war crimes and crimes against humanity against the Palestinians for more than half a century is allowed into UEFA but Russia has suddenly been kicked out.

Nobody has even mentioned the British football club Manchester United, by the way, owned by Americans, despite Washington waging countless wars, invasions, and occupation of other countries.

The EU claims to be an advocate for freedom of speech has banned Russian media, which means their people will only get a limited narrative of the unfolding events.

British Foreign Secretary Liz Truss announced that she would absolutely support people who want to travel to Ukraine and fight, even though that is illegal in Britain.

This is while the British government has jailed people who went to fight and defend the elderly, women, and children against the barbaric Daesh terrorist takfiri group in Iraq and Syria. And those that were detained by British authorities are still currently serving time in prison.

Can you imagine if somebody went to fight for the Palestinians against the Israeli regime, is Liz Truss going to absolutely support them?

The most disturbing aspect about all this is that the West is also pumping more lethal weapons to Ukraine which will only prolong the conflict. Instead of coming up with peace initiatives to resolve the crisis, it appears the west wants the fighting to continue.

Post Views: 173
Previous Ukraine: A Conflict Soaked In Contradictions And New Patterns In War And Media
Next The Ukraine War And The ‘Good’ Refugee