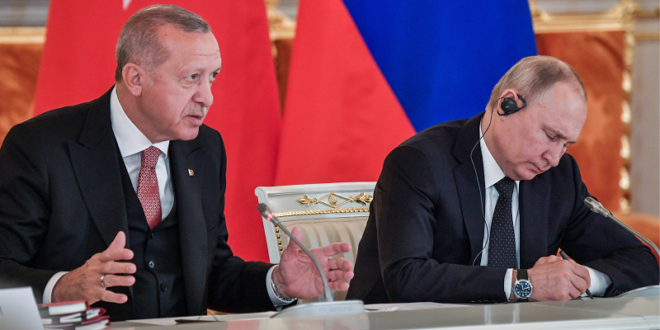 Turkish President Recep Tayyip Erdogan spoke Sunday by phone with Russian President Vladimir Putin. During the call, Erdogan reportedly called for Russia to move toward a cease-fire in Ukraine, to open humanitarian corridors for the Ukrainians and to sign a peace agreement.

The conversation during which Erdogan offered to mediate an end to the crisis lasted for an hour, according to reports, and comes hours after Israeli Prime Minister Naftali Bennett met in Moscow with Putin. Turkey is a member of NATO and has close relations with both Ukraine and Russia; Turkey also shares maritime borders with the two warring countries in the Black Sea.

Erdogan reportedly also has spoken with Ukrainian President Volodymyr Zelenskyy. Meanwhile, Turkey and the United States announced on Saturday that they would remain in “close coordination” on the issue of Russia’s invasion of Ukraine and its impacts. The announcement came after a meeting in Ankara between Turkey’s Deputy Foreign Minister Sedat Onal and US Deputy Secretary of State Wendy Sherman.