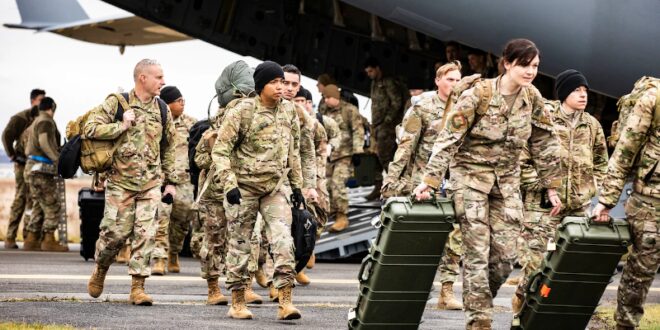 The US’ Afghanization Strategy In Ukraine War

The current developments related to the Russian invasion of Ukraine can only be considered the tip of an iceberg, showing itself in the form of the collapse of the US-centered security system. This order has already proven to seek to make small powers pay the toll to maintain and achieve the system’s cohesion. Just a look at the repeated statements of US officials a few days ago regarding the daily announcement of the imminent Moscow invasion of Ukraine and the lack of a military reciprocal response to the Russian expansionist model to counter the NATO (in other words, USA) security agenda, above all, raises the question of whether we are going to have another Afghanistan in American politics or not. In other words, is US policy seeking to extend the pattern of Afghanization to other parts of the world to commence destabilization of Europe?

This pattern of Afghanization in US foreign policy is an attempt to move from security to insecurity to jeopardize the security of allies or to create new faults on the borders of allies and rivals: First China and now Russia. The problem is that it seems unlikely that a country that sought to prevent the occupation of its European ally would talk about its imminent occupation and the start of war every day!

After facing internal rifts and the emergence of powerful rivals such as Russia and China, the United States is pursuing a “crisis-making policy” in the form of mounting landmines in security-prone and sensitive areas. This can be seen as a reaction to the loss of the viability of policymaking for world order and security from an upstream position.

In this situation, the United States, through encouraging Moscow to go to war, pursues several main goals in the form of Afghanization policy and creating security faults:

Exercising Hegemony and Reuniting NATO: On the sidelines of the recent G7 summit, as well as the NATO summit in 2021, the United States sought to once again identify a common enemy to form a new coalition and unite its partners, especially in NATO. These common enemies were China and Russia, and an unprecedented focus was placed on China’s threat to NATO. However, the bottom line is that the Americans failed to lay the groundwork for a new order, and now encouraging Russia to go to war in Ukraine could rekindle memories of the Cold War and decades after the collapse of the Soviet Union. This requires, more than anything else, new securitization.

Attempts to Launch New Round of Velvet Revolutions in Central Asia and Eastern Europe: The end of the ceasefire, in other words, marks the beginning of a new round of White House interventionism to establish puppet states in sensitive areas such as Moldova, Ukraine, and possibly an attempt to overthrow Lukashenko in Belarus. Kazakhstan, meanwhile, will be the next piece of the puzzle, eventually pushing the domino of overthrow in the form of velvet revolutions to the heart of Russia. Russia’s invasion will, above all, open the door for the militant and interventionist elites in the US ruling elite to exercise their will and restore declining power to open the door to their hegemony. It will also encourage US militants to destabilize Cuba, Nicaragua, and Venezuela as disruptive elements of the security equivalence chain.

The doctrine of Proxy Warfare rather than Direct Confrontation: Proxy warfare in Ukraine serves as a good excuse to increase defense spending in favor of the US military-industrial complex. Starting a proxy war with Russia under the pretext of Ukraine is, on the one hand, a pilot project of proxy confrontation with China, and, on the other, making the American allies who have become addicted to surfing on the worn-out board of the collapsing American order dependent to the USA. This, in turn, will put too much pressure on European countries, especially Germany and France, to increase the allocation of a higher percentage of their GDP to NATO, and on the other hand, increase Europe’s dependence on the United States with a new Marshall Plan- not an economic one, but a “military marshal.” The Pentagon’s spending alone is currently $ 778 billion, and it continues to rise even after the United States withdraws from the Middle East. The total US defense spending is more than $ 1 trillion a year, which includes other government departments: energy, state departments, Homeland Security, the CIA, the Defense Advanced Research Projects Agency (DARPA), the National Security Agency, and others. The US military-industrial complex is never wasting its time, and after the end of a conflict, it seeks to encourage politicians to create another conflict in order to avoid reducing post-war defense spending. When the Soviet Union collapsed in the late 1980s and early 1990s, pressure from that military complex sparked the first Gulf War in 1991, and then continued to cover the costs of the war, drawing US attention to the Middle East. The US intervention in Somalia and the Balkans in the 1990s continued this trend. The next suitable enemy was the “terrorist threat” following the 9/11 attacks on the United States. This increased defense and war spending in the next two decades, including the wars in Iraq, Afghanistan, Libya, Syria, and the US proxy war in Yemen. The United States is now out of the direct wars in the Middle East and needs a new enemy to continue paying the costs of the war. Meanwhile, tensions between Ukraine and Russia will cause Congress to pour dollars into the war machine of the US military-industrial complex.

Maneuvering to Withstand against Geopolitical and Geostrategic Initiatives Formed without the Presence of the United States: Being forced to lift the embargo on the Stream 2 gas pipeline, on the one hand, and advancement of the China One Belt-One Road project, on the other, has left Washington with a new reality: large-scale projects without its presence and consent. Desecuritization and Afghanization of world politics, using a proxy form, are two keywords that can disrupt the Chinese grand initiative of “One Belt-One Road” alongside the Stream 2 pipeline project. Movements by US officials to increase gas supplies from the United States to Europe, on the one hand, and efforts to persuade Qatar to export gas to Europe, on the other, indicate that the country is planning for post-war conditions or to utilize the pretext of Russia’s war in Europe to cut Russia’s gas supply to Europe.

Last but not least, it is worth mentioning that the current developments, from the viewpoint of the USA, are not a threat but even a golden opportunity to recover the dying and declining “New World Order”. It remains to be seen whether the end of this order will be synonymous with the end of history, as Fukuyama once said, or will signal the end of the American order.

Post Views: 119
Previous Russia Is Ready To Replace France In West Africa
Next Is This The Beginning Of The End Of Vladimir Putin?