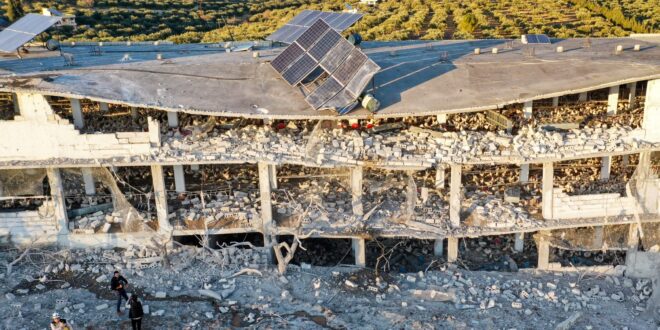 In Warning to Ankara, Russia Resumes Raids in Idleb

Russian warplanes resumed their raids against terrorists in the de-escalation zone funded by the Turkish regime after a hiatus that lasted about 5 weeks, in warning to the regime of Turkish President Recep Tayyip Erdogan against the consequences of miscalculations at such a time during the Russian military operations in Ukraine. Meanwhile, the Syrian Arab Army continued to comb the eastern desert from ISIS terrorist cells.

Monday, Russian fighter jets carried out an airstrike in the vicinity of the towns of Zabur and Shanan. An illegal observation post of the Turkish occupation is located near Shanan. No information was confirmed regarding deaths or injuries among the occupation army or terrorists.

The sources pointed out that the missiles of Russian fighter jets exploded in the sky above the observation post of the occupation army, as a kind of warning for the future. This development comes after a pause that lasted since the beginning of the Russian military operation in Ukraine on the 24th of February. The Erdogan regime recorded contradictory positions regarding it, not all of which are in the interest of reconciliation with Moscow.

Observers in the de-escalation zone predicted to al-Watan that the region will witness further Russian escalation against Erdogan’s terrorists who are members of the so-called al-Fatah al-Mubin operations room, led by the terrorist organization Jabhat al-Nusra and its current supporter, Hay’at Tahrir al-Sham, which includes the militias of the Turkish regime’s National Liberation Front. This comes against the backdrop of ceasefire violations they continue to carry out against Syrian Arab Army units deployed in the southern and eastern Idleb countryside under Erdogan’s orders.

The sources considered Monday’s Russian raid as a clear warning to the Erdogan regime to prevent stirring up the situation in the de-escalation zone while taking advantage of Moscow’s preoccupation with the war in Ukraine or trying to change the lines of contact of the region which were fixed more than two years ago for the benefit of al-Nusra, the Syrian branch of al-Qaeda. Russia will not stand idly by on it and, it will stand by the Syrian Arab Army, which is well prepared for any future battle.