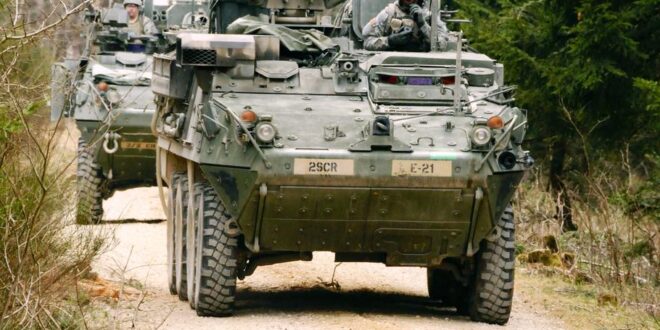 Bulgarian Prime Minister Kiril Petkov said the United States would send a contingent of troops to the country to strengthen NATO’s eastern flank amid the war in Ukraine.

Petkov made the announcement after holding talks with U.S. Defense Secretary Lloyd Austin in Sofia on Saturday.

The US Stryker army contingent is to be part of a NATO battle group in Bulgaria, the Bulgarian Defense Ministry said.

Petkov assured that there would be no arms deliveries from Bulgaria to Ukraine.

“We have not talked in any way about military support for Ukraine,” he said during a news conference.

Before Austin’s visit, there was an uproar in Bulgaria over reports in the international media that Bulgaria might hand over its Soviet-designed S-300 air defense system to Ukraine.

Bulgaria will, however, continue to provide humanitarian support to Ukrainians, Petkov said. Austin had earlier praised Bulgaria’s aid to Ukraine and response to refugees fleeing the war.

Austin and Petkov had visited Bulgarian and U.S. military personnel training at a military compound in eastern Bulgaria on Friday.