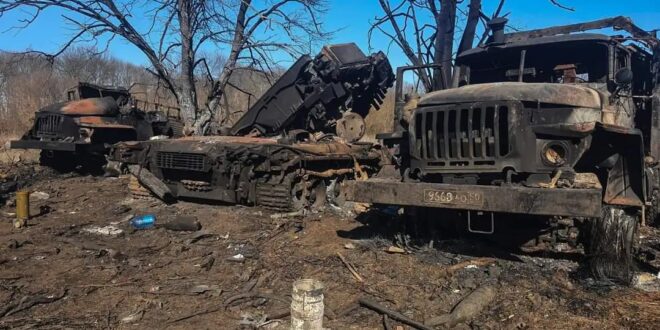 Russia’s Prototype T-80UM2 Tank Has Been Destroyed In Ukraine

In the latest addition of Russian experimental weapons making their respective debuts in Ukraine, the Oryx blog, which specializes in tracking destroyed military vehicles, aircraft, and other equipment, has identified a unique new Russian casualty on Ukrainian soil, the T-80UM2 main battle tank.

Their research team had identified that an experimental T-80UM2 main battle tank (MBT) had been deployed to Ukraine and subsequently destroyed. According to them, the Russian prototype tank was destroyed on March 17, with sources on Twitter stating that the destroyed tank was found as part of a larger convoy of Russian vehicles in Sumy, Ukraine. This may be the only T-80UM2 as it was said to be a prototype model

The now-destroyed tank was seen with its turret blown off and its hull completely obliterated along with the Russian armored vehicles. The experimental tank was rumored to be part of the 4th Guards Tank Division (also known as the Kantemirovskaya Order of Lenin Red Banner Tank Division), Russia’s elite tank forces headquartered in Naro-Fominsk. It was spotted during Russia’s Zapad 2021 Strategic Command’s Staff Exercise, which focuses on Russia’s Western Military District and Belarus.