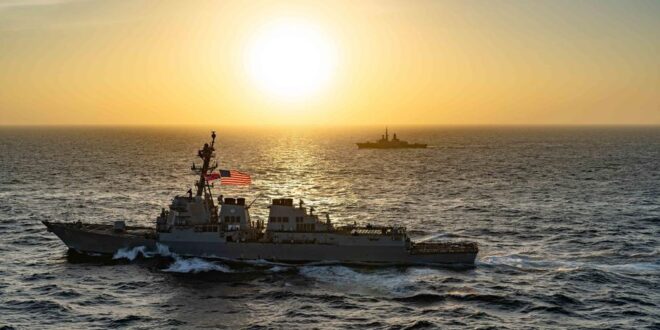 Romania partners with US Navy in Middle East naval coalition

Romania is the ninth country to join a maritime coalition formed to prevent attacks on commercial shipping in the Middle East, a statement by U.S. Naval Forces Central Command said Saturday.

Romanian navy personnel will serve at the headquarters of the International Maritime Security Construct, which is based in Bahrain with U.S. 5th Fleet, the statement said.

The International Maritime Security Construct, founded in 2019, includes Bahrain, Saudi Arabia and the United Arab Emirates, as well as non-Middle Eastern countries such as Albania, Estonia, Lithuania, the United Kingdom and the United States.

This unit was founded to “deter state-sponsored malign activity and reassure the merchant shipping industry in the Bab al-Mandeb and Strait of Hormuz,” the statement said.

Several transport ships were attacked in the region in 2021, including the hijacking of an asphalt tanker in the Gulf of Oman in August.