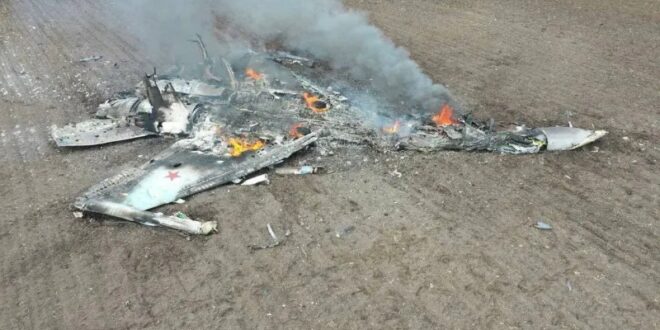 Reports of the Su-35 loss first appeared online on April 3rd. Various journalists, military analysts, and the Ukrainian Armed Forces themselves released images and footage of the burning fighter jet in a field.

Post Views: 114
Previous Zelensky Tells UN Security Council to ‘Dissolve’ Itself if It Cannot Kick Out Russia
Next NATO Allies agree to further strengthen and sustain support for Ukraine