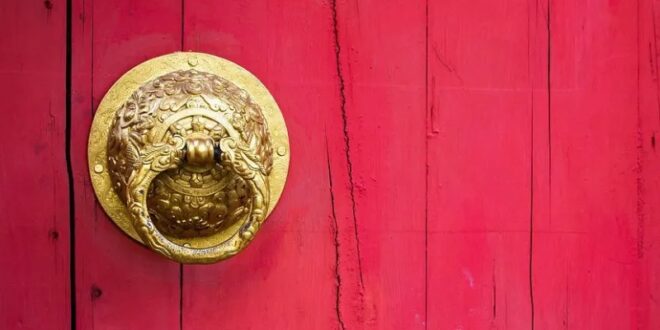 The Complexity Of China’s Economy Along With Rising Prices – Analysis

So far this year, the world has experienced a surge in inflation driven by rising energy and commodity prices in the post-pandemic environment, aggravated by global monetary easing and supply chain distortions.

Inflation in the United States hit a record high of 7.5% in January. In major economies such as Europe and the United Kingdom, it is above 5%, while emerging market economies such as Brazil have seen inflation of over 10%. As a result, the Federal Reserve and the Bank of England have tightened monetary policy in response to high inflation. At the same time, the outbreak of the Russia-Ukraine conflict, as well as European and American sanctions on Russia also brought about distortions in the prices of energy and some raw materials, driving up global inflation and economic turmoil. Meanwhile, China’s economic recovery and growth are also under increased stress, according to ANBOUND researchers, due to changes in the international situation and the possibility of “stagflation” in the global economy.

Inflation in China has failed to pick up in the first two months of the year, with the continually high PPI reflecting the burden of growing raw material prices on firms, and the low CPI reflecting the present sluggish domestic demand. These factors have increased the pressure on business operations and profitability. Such a complex situation not only means that the country’s economy will face difficulties in maintaining growth this year but also makes it more difficult to adjust macro policies. There will be further structural adjustments and cost-push inflation. This requires adjustments from both the supply and demand sides.

According to researchers at ANBOUND, the current distortions in international supply and demand for energy and commodities keep China exposed to imported inflationary pressures. With the war between Russia and Ukraine impossible to be resolved in the short term, crude oil and natural gas prices have increased dramatically, and refined oil prices in China have seen multiple adjustments, affecting household consumption and increasing the cost of doing business.

What is more worrying is the situation for the enterprises. For example, Tesla, BYD, Weltmeister, XPeng, Nezha, and many other electric vehicles (EV) enterprises have announced price increases since March. According to limited data, this round of price increases has affected almost 20 EV companies and approximately 40 car types. The majority of EV companies blamed the price increase on “increasing raw material prices”. Market institutions have analyzed that since 2021, the prices of upstream raw materials for lithium batteries such as cobalt and lithium have risen sharply, and the production of lithium batteries is facing obvious cost pressure. As of March 18, 2022, the average price of battery-grade lithium carbonate was RMB 515,000/ton, up 890.4% from RMB 52,000/ton on December 31, 2020. The average price of cobalt in the Yangtze Non-ferrous Metals Market was RMB 571,000/ton, up 104.7% from RMB 279,000/ton on December 31, 2020. In reality, the high PPI in February indicated the mounting cost pressures that many industrial businesses were facing.

From the perspective of consumption, CPI remains at a low level, forming price scissors with PPI. This indicates, on the one hand, that the overall demand in the consumption sector remains sluggish; while it also shows that enterprises are facing greater pressure from excess capacity. In the automotive industry, despite the rapid growth seen in the EV sector, the figures for the first two months of the year were not optimistic as far as overall passenger car consumption is concerned. According to data from the China Passenger Car Association, a total of 1.246 million passenger cars were sold domestically in February, a 40.0% decline in sales from a month earlier and a 4.2% increase from a year earlier. In the first two months of this year, the cumulative sales of passenger vehicles in China stood at 3.324 million units, down 60,000 units from the same period last year. Meanwhile, consumption figures for home appliances and cell phones were also underwhelming. This means that the overall consumer demand remains under pressure. In this case, rising raw material prices are eating into corporate profitability. Under the downward trend of the economic cycle, market competition will be more intense, and the pace of overall economic restructuring is accelerating. This is also the reason why ANBOUND said that the overall economy is “looking for the bottom” and heading for a “soft landing”.

Investment, consumption, industrial production, and other macro data that have exceeded expectations in the first two months of this year have shown “signs” of economic recovery, but most of them are of a short-term volatile nature, as they are mostly related to previous base data (measured by the two-year average growth rate), and also based on increased macro-policy support and increased government investment.

Moderate price increases are said to have a positive effect on stimulating economic demand. Although the overall and structural impact brought by the sustained rise of the prices of energy, commodities, and other raw materials may not be reflected in the overall macroeconomy, for the time being the impact on the economic form and economic potential can be destructive. This kind of spontaneous structural adjustment in the market not only increases the pressure of maintaining “stable growth” of the macroeconomy but also brings about the potential risk of “stagflation” in the long run. In the view of ANBOUND, the “triple pressure” facing the macroeconomy, i.e., a contraction of demand, supply shock, and “weakening expectations” has not been eased but instead has further increased. In terms of macro policy, adjustments should be made on the demand and the supply sides to avoid a vicious cycle of simultaneous contraction of the both sides.

Post Views: 131
Previous US-China Relations: Is There A Way Out Of The Abyss?
Next Viccnek elég durva volna