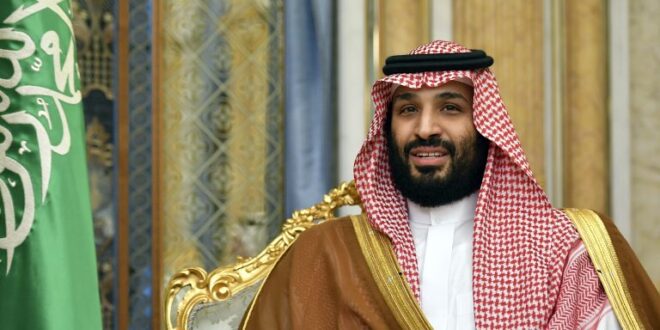 Is MBS Looking for an Exit Ramp in Yemen?

A ceasefire and a restructuring of the Yemen government suggest that Saudi Crown Prince Mohammad bin Salman (MBS) is looking for an off-ramp for the conflict.

Houthi missile attacks on the Kingdom and the UAE, coupled with strains in U.S. relations with the two Gulf states, may have shifted MBS’ calculations about continuing the military campaign.

The realignment of the Republic of Yemen Government is intended to ease infighting that has plagued both the Arab coalition war effort and UN efforts to resolve the conflict.

The two-month ceasefire could help ease the humanitarian crisis in Yemen.

In early April, Yemen’s warring parties, each backed by rival regional powers, began a nationwide two-month ceasefire, the first since 2016. This truce is the most significant step towards ending the hostilities since Saudi Arabia, the United Arab Emirates (UAE), and several Arab allies intervened in 2015 to help the Republic of Yemen Government beat back a challenge from the Iran-backed Houthi movement. The Houthis ousted the government from the capital, Sanaa, in 2014. A key intent of the Arab coalition has been to roll back Iran’s regional influence more broadly by defeating or isolating Iran’s regional allies that, in addition to the Houthis, include Iraqi Shia militias and Lebanese Hezbollah.

The ceasefire represents a breakthrough for UN and U.S. mediators who have been trying to engineer a permanent peace deal. The truce requires the parties to halt all military operations in Yemen and across its borders, and allow fuel imports into rebel-held areas through the key Houthi-controlled port of Hodeidah, as well as allow certain flights to operate from Sana’a airport. Hans Grundberg, the U.N. envoy on the Yemen conflict, said he is also trying to obtain agreement from the two sides to reopen roads around Taiz and other provinces as part of the ceasefire. Expanded international access to transit hubs will facilitate the delivery of additional humanitarian assistance, a vital step to aid the Yemeni population. The war has killed hundreds of thousands, pushed millions into hunger, and left 80% of the population of 30 million reliant on aid. The fighting also contributed to the world’s largest outbreak of cholera during 2016 – 2021. In conjunction with the ceasefire, Saudi Arabia announced $300 million for the UN’s Yemen humanitarian relief fund and called for a donor conference to support Yemen.

UN envoy Grundberg is pressing to make the ceasefire permanent and pushing for the convening of inclusive talks to end the conflict. His office reports that, while the ceasefire has produced a “significant reduction of violence,” there were reports of “some hostile military activities,” particularly around the central city of Marib that has been the main battlefield for more than one year. The Houthis achieved significant success in Marib province in mid-2021, but a redeployment of the UAE-backed Giants Brigade to that front placed the Houthis on the defensive by late 2021. Rather than accepting compromise amid setbacks, the Houthis instead escalated by firing Iran-supplied ballistic missiles on Abu Dhabi in early 2022. The Houthis have rocketed Saudi Arabia regularly over the past several years, but the escalation against the UAE might have persuaded Saudi Crown Prince Mohammad bin Salman (MBS) and UAE de-facto leader Mohammed bin Zayed Al Nahyan (MBZ) that the costs of continuing the war could outweigh the gains.

Signaling that he might be ready to extricate from the conflict, MBS followed up the ceasefire with pressure on Yemen’s President, Abd-Rabbu Mansour Hadi, to cede power. On April 7, Hadi, who has been in exile in Saudi Arabia since the Houthis captured Sanaa in 2014, transferred his powers to a presidential council to run government-controlled territory and lead negotiations with the Houthis. The restructuring reportedly was intended to unify pro-Saudi and pro-UAE factions fighting the Houthis; infighting among these groups has complicated not only the Saudi-led war effort but also the UN-led settlement efforts. As part of the power transfer, Hadi dismissed his vice president, Ali Mohsen al-Ahmar, a top general who in the past fought both the Houthis and UAE-backed militia groups. The transitional leadership council will be headed by Rashad Al-Alimi, a former interior minister and member of the Islamist-oriented Islah Party, who works closely with the Saudis. To satisfy MBZ, who generally opposes working with Islamist movements such as Islah, several key UAE-backed figures were named to the transition council, including the commander of the Giants Brigade. Saudi Arabia called on the new council to begin negotiations with the Houthis to reach a “comprehensive political solution,” and Saudi Arabia and the UAE pledged $3 billion to the Yemen Central bank.

An additional incentive for the Gulf leaders to accept a settlement is to remove the Yemen file from the list of contentious issues with their key partner, the United States. U.S. officials have criticized the two Gulf states for causing civilian casualties and humanitarian disaster in Yemen. U.S. officials have also been at odds with MBS and, to a lesser extent, MBZ, over the following: MBS’ role in the assassination of Saudi dissident journalist Jamal Kashoggi; the unwillingness of the two Gulf states to increase oil production to compensate for the effects of Ukraine invasion-related Western sanctions on Russia; and the UAE’s expanding ties to the Assad regime in Syria. For their part, the two Gulf leaders have expressed concerns that the United States is not committed to rolling back Iran’s regional influence. They have publicly complained that U.S. officials removed the Houthis from the U.S. list of foreign terrorist organizations (FTOs) in early 2021 and refuse to relist them as an FTO, despite the Houthi missile attacks on the UAE. Despite their apparent willingness to extricate from the conflict, leaders in Riyadh and Abu Dhabi might still reject any final peace deal that entrenches the Houthis as a powerful, armed faction through which Tehran can project power on the Arabian Peninsula at a time and place of the Iranian leadership’s choosing.