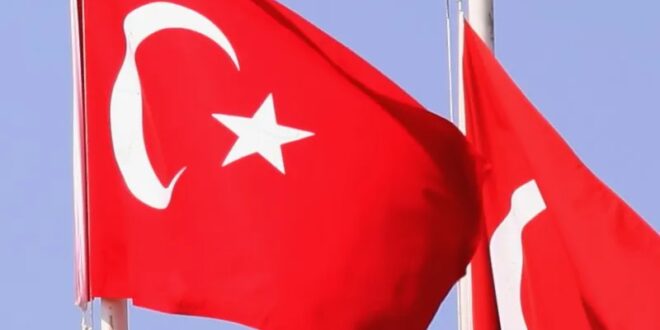 Amid the Russian invasion of Ukraine, Ankara’s foreign policy is set to undergo major changes. Being the most valuable ally the West has in the region, without Turkey’s support any Western strategy will fall short of achieving concrete results in stopping Russia in the long-term.

Turkey’s foreign policy in the wider Black Sea region is in flux. The process did not start with Russia’s aggression against Ukraine this February, nor with Russia’s decision to send peacekeepers into Nagorno-Karabakh as a result of the 2020 war. Rather these events accelerated what started in 2000s when Russia invaded Georgia and then gradually turned its attention to Ukraine, which culminated in the annexation of Crimea.

Ankara has been careful not to overreact or show excessive reliance on Russia. Balancing neatly encompasses Turkish foreign policy thinking. But over time it has become increasingly difficult to maintain this equilibrium. Russia has doubled its military pressure on the wider Black Sea region. Since this geographic area has served as a buffer zone for Turkey against its historic rival, this leaves little chance for Turkey to successfully maintain the balance it has so far pursued. Russian overbearing behavior inevitably invites re-thinking of many tenets in Ankara’s strategy. Turkey will continue to avoid diplomatically confronting Russia, but now Ankara is looking to the increase of military and economic engagement with Ukraine and the South Caucasus countries as the only solution in keeping Moscow at bay.

Thus, an arc of lands along Russia’s southern borders is emerging seen by Turkey as Russia’s soft and vulnerable spots. It is the area where Ankara can make significant inroads in terms of security and economic cooperation. The alternative could be very costly to Turkey. The buffer zone could be lost, and the military balance of power irreversibly tilted in Russia’s favor. It would limit Ankara’s maneuverability and its willingness to play a major geopolitical role in the Black Sea and the South Caucasus. Constrains will far outweigh Turkey’s potential avenues.

Threatened by Russia, Turkey is nevertheless well positioned as it enjoys NATO membership. Moreover, Turkey’s Black Sea-South Caucasus strategy, particularly its investments in shoring up the defenses of Ukraine, Azerbaijan, and Georgia, dovetails with Western strategies toward Russia and the region in general. The opening of the South Caucasus is what the West and Turkey has strived to achieve ever since the end of Soviet Union. Their cooperation in the region is thus highly likely to take a more concrete shape amid the war in Ukraine.

For Turkey the changes in the wider Black Sea region are indicative of gradual emergence of new world order. From Ankara’s perspective the future order will be more chaotic. It will also be hierarchical, with China and America playing a leading role, and others having lesser influence. These changes will play out in the Black Sea region and the South Caucasus where Russia clearly strives to be the major power. But Moscow is also well aware that it is impossible to create an exclusive order as was done during the Russian Empire and the Soviet Union. This requires having adequate resources, which the economically weak Russia does not currently have. At the same time, geopolitical prestige is needed, which Russia is slowly losing, as reflected in the excess of the military element in the Kremlin’s policy in the South Caucasus. Maintaining influence in the region is being achieved through the creation of a larger number of military bases, a clear example of which is the deployment of Russian peacekeepers to Nagorno-Karabakh.

Therefore, Russia will try to establish an order where it would need cooperation with Iran and most importantly Turkey. But Moscow also expects its hegemony will be recognized by Ankara and Tehran. In Russia’s view the new order will not rule out disagreements or sharp diplomatic and economic competition between these three powers, but overall, its position will be unassailable.

However, this is where Turkey’s vision of the South Caucasus and the Black Sea does not align with Russia’s. Ankara will attempt to undermine Russian hegemony by increasing its support for Azerbaijan and Georgia. The trilateral cooperation between these countries could be revisited in favor of greater emphasis on military cooperation.

In another major move, Ankara will try to normalize relations with Yerevan. Over time improved Armenia-Turkey ties means a decrease of Yerevan’s economic and infrastructural dependence on Moscow. It also means opening the region which has been notorious for being geographically closed and highly dependent on Russia.

Turkey will thus double down on its efforts to diversify its penetration into the region and the wider Caspian Sea by establishing various connectivity routes. This multi-pronged strategy is based on the realization that the three South Caucasus states are also eager to have Turkey as a certain counterbalance to Russia.

Thus, the invasion of Georgia, aggression against Ukraine in 2014, the Nagorno-Karabakh gambit and the February attack on the whole of Ukraine – are the developments being factored into Turkey’s new formulation of foreign policy in the wider Black Sea region. Turkey is unlikely to clash with Russia, but it is this longue durée approach which undermines Russia’s primacy in the South Caucasus. In the Black Sea Turkish policy is less successful, but as the war in Ukraine shows that Russia’s plans of destroying its neighbor have largely failed, post-war Ankara-Kyiv ties are likely to grow further.

The arc to the north and north-east of Turkey is a grey area where intense geopolitical competition is unfolding. But while for decades the West-Russia rivalry discourse has dominated the scholarly and analytical community, Turkey was no less a player. In fact, it has been instrumental in limiting Russian power in the South Caucasus as shown by results of the 2020 Nagorno-Karabakh war and the developing rapprochement with Armenia.