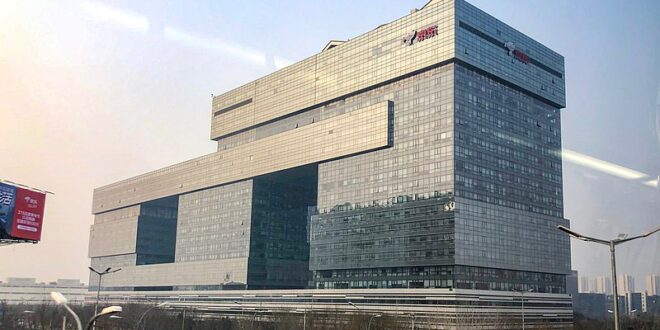 There has been the intensification of the wave of layoffs in Chinese internet companies, where JD.com is becoming the center of attention.

According to a document that has been circulating online, JD.com’s layoffs cover a wide range of business lines. The e-commerce company’s subsidiaries such as Jingxi, JD Worldwide, JD Retail, JD Logistics, and JD Technology have set layoff ratios, most of which are in between 10% to 30%, with the proportion of layoffs in Jingxi Guangdong being even as high as 100%. Some media quoted senior insiders of JD.com as revealing that the layoffs have indeed started. According to reports, March 31 is the deadline for this round of layoffs. On the other hand, JD.com said this is just “normal optimization” of the business sector.

Notably, JD.com is not alone among Chinese internet companies in major layoffs. Alibaba, Youzan and other tech heavyweights have reported to conduct it in large-scale as well. If a single company sees a large number of layoffs, it could be that this is solely the issue of the said company. Yet, there have been centralized layoffs in leading companies, indicating this is problem for the entire industry. Some analysts believe that the Chinese internet industry has begun to experience cyclical downward pressure, and most of these companies have slowed down or even suffered losses.

Researchers at ANBOUND have pointed out that in the historic layoffs of Chinese internet giants, the pressure mainly comes from two aspects. First, in the current environment, Chinese economic growth continues to slow down and consumption has been sluggish, thereby hitting the business of these tech companies. Second, there is the pressure from the regulatory authorities, causing some of these companies to change their business operations.

Compared with other sectors, China’s internet industry has obtained abundant resources, including diverse types of investment, financing, policies, and markets. This, obviously, is an area highly favored by the capital. However, the process of resource accumulation for the internet industry more often than not only generates superficial prosperity, and that at the cost of draining the resources of the real economy. A clear example is that while e-commerce is booming, brick-and-mortar stores are closing down one by one.

Now, it is the turn for the internet industry to encounter its own various problems. There has been less capital inflow, while more outflow has occurred. On the top of that, the recovery of China’s domestic consumption has been sluggish. All these, coupled with the authorities’ continuous introduction of industry rectification policies, have affected the industry. The case of JD.com shows that the so-called capital flow is actually the withdrawal of capital by investors, which impacts the capital market. This in turn affects listed companies and the industry as a whole, consequently hitting the demand, the consumption and the market. The final result is the closure or dissolution of businesses, unemployment, and a large number of enterprises that exist in name only. When problems like this occur in different parts of the chain, the issue cannot be fixed merely through the adjustment of GDP data.

We believe that the performance of China’s tech heavyweights in the past two years is not entirely the problem of internet companies. In fact, the decline of the country’s economy started long before the outbreak of the COVID-19 pandemic. Under the backdrop of the economic downturn, internet companies with relatively concentrated resource accumulation began to be considered as the safest places. Unless the market fails, internet companies would not fail. Yet, this also means that the entire system could collapse when the elements that support it fail to function well.