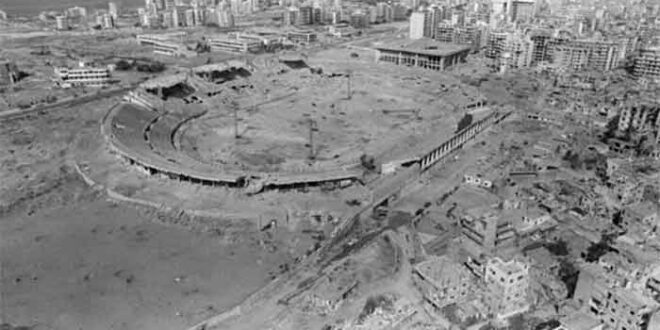 The day I witnessed the Zionist massacre against the Palestinian civilians

In 1982 I was working as a secondary teacher, and I had just graduated from the University. I was happy with my life, and I bought a car and rented an apartment in the Lebanese city of Tyr. On Friday, I went from southern Lebanon to Beirut to attend a conference to discuss social issues in the Palestinian camps in Lebanon because I was a member of the Palestinian Teachers Union. The situation was tense. Menachem Begin, the prime minister of Israel and responsible for the Deir Yasin massacre in 1948, had threatened to invade Lebanon to destroy the Palestine Liberation Organization situated in Lebanon.

It was a nice conference in the Hamra Hotel in Beirut, and there I had the pleasure of meeting friends whom I had not seen for some time. But during one of the lectures, a person came and whispered in the professor’s ear. Then the professor announced that the conference had been canceled and asked everyone to return to his area because we were coming from several regions. I drove quickly back to south Lebanon at a time when the Israeli planes were flying and bombing several places.

I went to the camp where my parents live. I met my worried father. I still remember the worry on his face. I tried to calm him down but told him that the satiation was tense and nobody knew how the events would develop.

In the evening, I visited the Norwegian medical team that was there to help the Palestinians. They were also worried, so I tried to calm them down and explain the situation to them. And only two days later, on Sunday, June 6, the invasion began. The sky was covered with the Israeli planes bombing here and there.

The sea was also covered with Israeli military ships. Despite the weakness of the Palestinian resistance forces compared to the forces of the Zionist enemy, a lot of courageous resistance took place, which was hindering the progress of the hostile forces.

I was in the camp with my family when the plane bombardment began, which I had never seen like that before.

The bombing destroyed everything moving, the Bombing of homes, schools, and shelters where the camp residents was hiding.

The world should know that the Zionist strategy is based on the merciless Killing of civilians to weaken the resistance. And it is a policy that has not changed. The Zionists do not know international laws or Morals because they know that the hypocritical West supports them.

The American Veto is ready in the United Nations to prevent their condemnation.

The planes were bombing and leaving, then other planes came and continued the bombing.

They destroyed the whole camp, including the neighborhood in which my family live. It was impossible to know the roads because everything was in ruin.

In a place not far to my family house, there was the shelter of the Hula Club, in which more than a hundred people from the camp’s residents hid. I heard the screams of people; they were screams that I will never forget. They were cries of sadness, anger, and pain. I ran with some young men towards the shelter of the Hula Club in an attempt to save the people. One extended his hand to a woman, and only her hand came out with him. It was a horrible thing beyond all description. All shelters were hit with phosphorous bombs.

I could hear people screaming and crying everywhere in the camp, which had turned into rubble. Women were screaming, and children were crying. I heard someone screaming saying, “Where are you, God? You did allow these murderers to do this and do not interfere.”

Unfortunately, only a Palestinian writer wrote about the Hula shelter massacre. So the Hula massacre was not widely known.

The killed in the Hula shelter have stayed there until now after the place became a mass grave for those killed by Zionist criminals.

Ps. I devote this article to my friend Abu Fadi who lost all his family in the Hula shelter including his five children, and yet faced the Zionist made tragedy with patience beyond description.