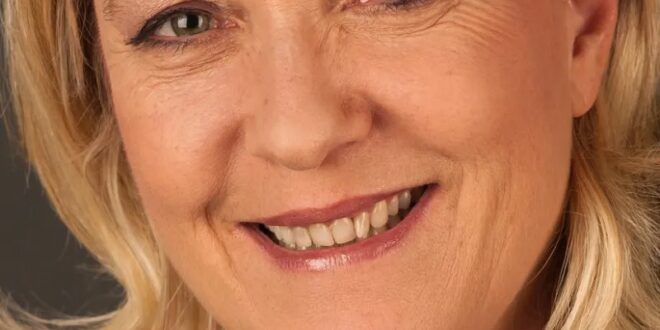 France: If Le Pen Wins, It Will Be Macron’s Fault – OpEd

Everyone in Europe is tense watching the elections in France. Though Emmanuel Macron is taking the lead, a Marine Le Pen win is more likely than in the last elections. A Le Pen victory would be catastrophic for the EU and even endanger its existence.

This ultra-nationalism brings with it an anti-Europe stand. The ultra-nationalist who adheres to a rigid and jaded national identity sees in the integration of a larger framework such as the EU a dissolution of their character as French. Another reason for this stand is that with the EU they have less control over their borders. If she wins, Le Pen will exercise discrimination against EU citizens in France, in opposition to some of the founding principles of the union. The ascension of Le Pen, who is against sanctioning Russian energy and is overtly sympathetic to Russian President Vladimir Putin, would be catastrophic for Europe — especially at the moment.

A united Europe presents a threat to the Russian leader, while a disunified Europe represents an opportunity for influence. The war in Ukraine has shaken the European psyche. Now Russia is the main threat, while for a long time it was Islamic extremism, especially for the French. This could be a drawback for Le Pen. Suddenly, her main tagline, which is to fight Islamism, is less attractive and her admiration for Putin is a liability.

Nevertheless, Le Pen has been able to adapt. She has been campaigning on the cost of living, focusing her message on the working class who she calls the forgotten France. She has held small rallies in poor areas outside major cities, describing Macron as an elitist who is out of touch with reality. Le Pen’s messaging has partly justified her pro-Russian stance by focusing on energy prices — particularly, that her audience live in remote areas and rely on driving long distances. She is against sanctioning Russian energy as it will increase the price of fuel for those people.

On the other hand, Macron has lost his appeal for immigrants.

Initially, he was seen as sympathetic to immigrants. After his arrival at the Elysee, he gradually shifted to the right. His position on the cartoons and on France’s colonialist past in Algeria, among other issues, has turned off an important faction of his original constituency. Macron’s position on Islam has been somehow targeted to show a strong stand on national security and French principles. However, he has helped Le Pen indirectly by normalizing racism. Le Pen is no longer seen as a hardcore far-right racist as she is taking a similar stance to the supposedly “centrist” president.

Hence the voters that once turned out in droves on election day to vote her out will remain at home as for them Macron is no better. On the other hand, she is touching on the average French citizen’s daily struggle while Macron comes across as arrogant and detached from the grassroots. Macron has just started ramping up his campaign.

The fight today is between the right, represented by Macron (though he presents himself as a centrist), and the extreme right, represented by Le Pen. Macron has been able to benefit from the absence of the socialist party, which has not presented an audible message. Anne Hidalgo, who represents the center left, only received 1.7 percent support. The left has been hijacked by the extreme left, such as Jean-Luc Melenchon, who wants to tax 100 percent inheritance on everything above €12 million ($12.9 million), which is a killer to the free market economy.

There are many factors that can play into the equation now.

The key now is the voters of Melenchon, who received 22 percent in the first round. Polls show that 34 percent will vote for Macron and 30 percent will vote for Le Pen. Macron’s mistake was that instead of governing as a centrist, he migrated to the right and lost his distinction from Le Pen. Her defeat will depend on how many people will go to the polls to vote her out.

Though Le Pen did not mention the word “Frexit,” as people now realize the lies that led to Brexit and their consequences, she will set a French preference in all international relationships, which will weaken the negotiating power and weight of the EU on the global scene. Nevertheless, the French generally are proud Europeans and want to see more French leadership at the heart of the union. Hence it will be difficult for her to break existing agreements.

The three main powers in the EU previously were Germany, France and the UK. With Brexit, the European policy became mainly a Franco-German policy, and the two countries balance each other in decisions. The fact that there are two main powers in the EU ensures a minimum level of multilateralism that the union is founded on. The EU needs members with political muscle to drive it, especially when it comes to foreign policy. While Macron has called for more federalized power and an ever-closer union, Le Pen will probably do the opposite and will greatly weaken the EU.

The election of Le Pen would not only have an effect on French citizen state relations and French foreign policy but on the entire future of Europe. If Le Pen wins and Europe and NATO — which she has pledged to withdraw from — are in crisis, they have no one to blame but the incumbent president who normalized the far right.

Post Views: 81
Previous Baltic Sea Mining As An Extension Of The Russian Gray Zone – Analysis
Next How Ukraine War Is Changing The World Order