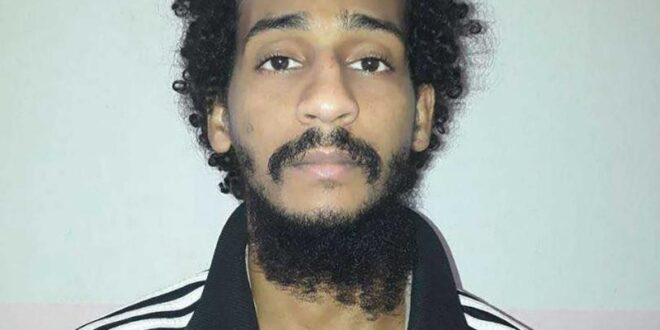 Elsheikh’s defence attorneys argued that the government had failed to prove he was one of the “Beatles” but the 12-person jury disagreed, convicting him of all charges.

A US federal jury in Virginia convicted on Thursday, after an 11-day trial, an ex-British jihadist over his involvement with a notorious Islamic State (ISIS) terror cell.

El Shafee Elsheikh, convicted on all charges in the deaths of four American hostages, went to Syria a decade ago with two childhood friends from London to wage jihad against the regime of President Bashar al-Assad.

“They grew up together, radicalised together, fought as high-ranking ISIS fighters together and tortured and terrorised hostages together,” prosecutor Raj Parekh said in his closing arguments at Elsheikh’s trial.

Elsheikh was born in Sudan in 1988 but moved to Britain as a child. His father left the family when he was seven years old, according to the non-profit Counter Extremism Project (CEP).

Elsheikh studied mechanical engineering at Acton College in London, according to CEP and was stabbed in a fight with a gang member when he was 19.

He married an Ethiopian woman in Canada when he was 21, but was not allowed to bring her to Britain, allegedly deepening his anger at the British government.

Elsheikh became increasingly radicalised and took part in a “Muslims Against Crusades” demonstration outside the US embassy in London on September 11, 2011, according to the US indictment.

He travelled to Syria in 2012 to “wage violent jihad on behalf of radical Islamic groups,” first joining an Al-Qaeda affiliate there and then ISIS, US prosecutors said.

Between 2012 and 2015, Elsheikh and the other “Beatles” seized more than two dozen American, European, Japanese and Russian hostages, mostly journalists and relief workers.

A French journalist said that he and other hostages were forced by their captors to sing a depraved parody of the Eagles song “Hotel California” called “Hotel Osama.”

“It was terrifying for us, a joke for them,” Nicolas Henin told the jury.

“George was into boxing. John kicked a lot. Ringo talked a lot about how he liked wrestling, putting people in headlocks,” said Federico Motka, an Italian relief worker using the nicknames the hostages gave to their captors.

Prosecutors said Elsheikh was the “Beatle” the hostages called “Ringo.”

Elsheikh’s defence attorneys argued that the government had failed to prove he was one of the “Beatles” but the 12-person jury disagreed, convicting him of all charges.

Elsheikh, who was dressed in beige or yellow pants with light and dark blue shirts for his trial, declined the opportunity to testify in court but it was his own words that helped convict him.

Prosecutors repeatedly played excerpts for the jury of interviews Elsheikh gave to media outlets after his capture by Kurdish forces in Syria in January 2018.

He acknowledged interacting with some of the hostages but said he only collected information about them such as email addresses so the captors could be in touch with their families to discuss ransoms.

Elsheikh, who Britain stripped of his nationality, denied ever torturing captives but acknowledged he did not always show them “compassion.”

Elsheikh was convicted of hostage-taking, conspiracy to murder US citizens, journalists James Foley and Steven Sotloff and relief workers Peter Kassig and Kayla Mueller, and supporting a foreign terrorist organisation.

Kotey, 38, pleaded guilty in September 2021 to similar charges and is facing life in prison.

Emwazi, the ISIS executioner known as “Jihadi John” who beheaded Foley, Sotloff and Kassig, was killed by a US drone in Syria in November 2015.

Post Views: 89
Previous Islamic State Vows ‘Revenge’ for Ex-Leader’s Death
Next The Ukraine War And Its Bearing On China – Analysis