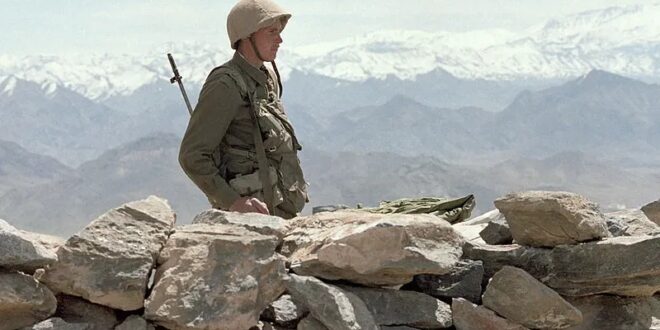 Ukraine Becoming For Putin What Afghanistan Was For Brezhnev

Adam Michnik, a senior Polish dissident and editor of Warsaw’s Gazeta Wyborcza, says he is “certain” that the war in Ukraine will become for Vladimir Putin precisely what the war in Afghanistan was for Leonid Brezhnev,” a trap from which there is no easy or obvious way out.

Putin has driven Russia into a trap because he is “a gangster psychopath,” Michnik says, describing himself as “an anti-Putinist Russophile” much in the same way he earlier identified as “an anti-Soviet” one. Putin and many others have made the fundamental mistake that Ukrainians are not a separate and distinct nation (ekhokavkaza.com/a/31793555.html).

Putin is not equivalent to Russia. He is beyond doubt the product of its history, but he is also “the product of the mistakes for example of Boris Yeltsin,” the Polish thinker says. “I do not want to say that if Putin weren’t around, Russia would be a paradise.” That wouldn’t and won’t be true, and he and others will have much to criticize in a Russia headed by someone else.

Moreover, it is not the case that Russians back Putin “one hundred percent.” Some 200,000 have already left and 8,000 have been arrested for protesting the war. A half century ago, only seven people went into Red Square to protest the Soviet invasion of Czechoslovakia, Michnik points out.

Putin and Russia have made bad choices, including on Ukraine. None of this was fixed or determined. And because that is so, we can hope, Michnik continues, that there will be a new “wave” of change after this war. Indeed, that trend has often been true in Russia throughout history.

“The entire world sees that the great Russian army can’t take a single major city, and all the sympathies of the world are on Ukraine’s side,” he says. Russia is increasingly dependent on China. But in his opinion, Michnik concludes, “the policy of the West is in principle wise and effective and there is the result: up to now, Russia is losing.”

Post Views: 98
Previous How Ukraine War Is Changing The World Order
Next Danish far-right extremist demonstrations cause riots in Sweden