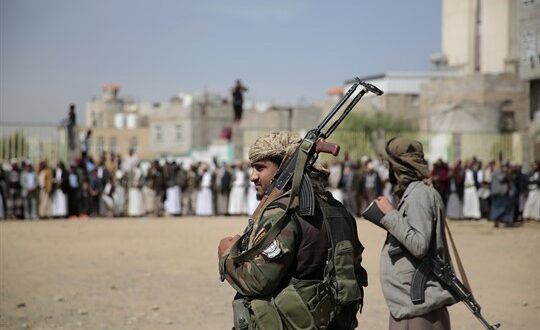 Earlier this month, the lead U.N. representative for Yemen announced a two-month cease-fire, the first major breakthrough since 2015 in the conflict between the Houthi rebels and Iran on the one side and the Yemeni government and its Gulf backers on the other. The news was a ray of hope in an otherwise unremittingly troubling international context.

Or was it? Coming on the heels of the Taliban’s assumption of power in Afghanistan and the normalization of Bashar al-Assad’s regime in Syria, the cease-fire, which appears to be the product of Houthi advancement rather than international diplomacy, suggests that, in many cases, it is military might, not a negotiated settlement, that prevails.

Post Views: 63
Previous The UAE’s Africa Policy Is Full of Contradictions
Next Russian Economic Expert Zubarevich: The Sanctions Will Hit Russia In Stages