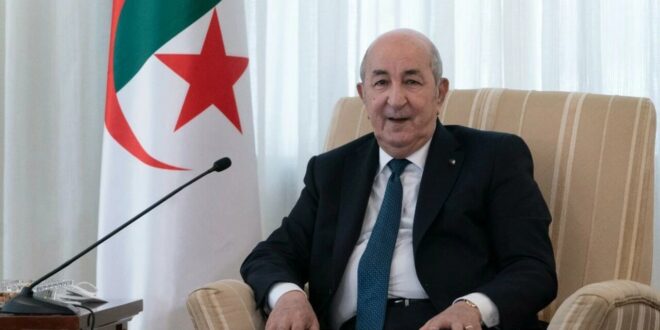 Algeria will not abandon its commitment to supply Spain with gas, Tebboune says

Algerian President Abdelmadjid Tebboune on Saturday said his country will not abandon its commitment to supply Spain with gas despite a diplomatic row with the European country over Western Sahara.

“We assure the Spanish friends, the Spanish people that Algeria will never abandon its commitment to supply Spain with gas under any circumstances,” Tebboune said in an interview aired on state television late on Saturday.

Algeria said in March it was recalling its ambassador to Madrid for consultations after Spain backed Morocco’s plan for autonomy in Western Sahara, which is rejected by the Algeria-backed Polisario Front independence movement.