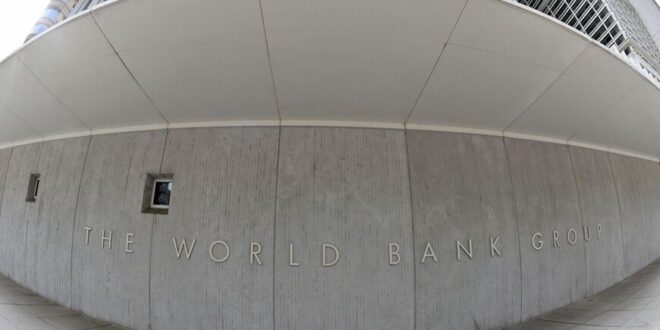 The International Monetary Fund (IMF) released its economic outlook for the Middle East today. The report from the DC-based financial institution highlighted the economic effects of the Russian invasion of Ukraine on the two regions. Global commodity prices have surged in response to the war, particularly those of oil and wheat.

The following are some Middle East-related highlights from the report:

Energy-rich states better off: The IMF said that oil-producing countries in the Middle East will unsurprisingly benefit this year from war-related higher oil prices, though they may face other challenges.

“Oil and gas exporters … would benefit from a rise in energy prices, offsetting the impact of tighter global financial conditions,” the report read. “They will, however, be exposed to higher volatility in oil and gas markets and, in some cases, lower tourism revenues.”

Members of the Organization of the Petroleum Exporting Countries (OPEC) are benefitting from the “higher-than-expected oil prices,” which will translate to accelerated economic growth in Gulf states for 2022. This is particularly true in OPEC’s largest producer, Saudi Arabia, and to a lesser extent in Kuwait, Oman and the United Arab Emirates, according to the report.

The IMF added that the non-oil fiscal balances will improve this year for most oil exporters with some exceptions, including Iraq, Qatar and the UAE. In Iraq, there has been a slowdown of the non-oil gross domestic product (GDP). In Qatar and the UAE, this is the result of higher government spending.

Know more: The IMF report also included some notable country-specific findings. Currency depreciation in Egypt has been the worst in the region, which prompted the country to raise interest rates in March.

On Yemen, the IMF said the civil war is “expected to continue to significantly weigh on growth and amplify existing food shortages and fuel price hikes.”

The report also noted that Middle Eastern states are “prone to spillovers from US monetary policy tightening.” Indeed, several regional central banks raised their rates last month in response to the US Federal Reserve doing so.

The IMF’s predictions are not far off from those of The World Bank. The IMF projected the Middle East and North Africa’s GDP to be 5% in 2022. In a recent report, The World Bank predicted it to be 5.2%.

Post Views: 52
Previous Turkey may ‘lock’ borders with Syria and Iraq to deal with Kurdish militants
Next NATO Secretary Offers Quick Admission for Finland and Sweden