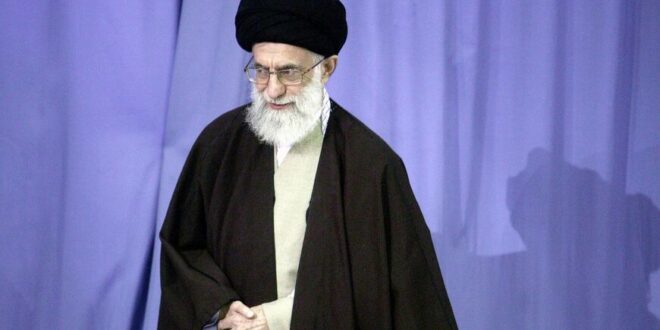 Khamenei said, “Today, the world is on the threshold of a new world order.” He said that the era of a bipolar or mono-polar world is coming to an end and that under this new order, “the US is becoming weaker day by day.”

Khamenei said that the war in Ukraine must be viewed from this perspective, though he didn’t offer details. He did warn that the Islamic Republic of Iran should be prepared for this world order with soft and hard power to guarantee the interests of the country. Khamenei encouraged the university students to play an active role in these endeavors.

According to Khamenei, many university students in the West, meaning the US and Europe, are opposed to the colonial policies of their countries. He encouraged Iranian university students to develop “healthy relationships” among these anti-imperial activists and “introduce the Islamic Republic” to them. Khamenei did add that Iran should put a stronger focus on neighboring countries such as Afghanistan, Pakistan and Iraq.

Khamenei’s view that the US is on the decline, a view he has previously shared, is not good news for the fate of the nuclear talks. Iran and the US are currently at a stalemate over reviving the 2015 Joint Comprehensive Plan of Action, which the US exited in 2018. Iran wants the US to remove the Islamic Revolutionary Guard Corps from its list of foreign terrorist organizations. The Biden administration wants non-nuclear promises for making the move, which Iran refuses to do, arguing that all Trump era sanctions must be removed.

Despite the lack of progress on the nuclear negotiations, which would lift sanctions on Iranian oil and banking, Iranian officials have publicly claimed their economy is moving ahead. Ali Salehabadi, the head of Iran’s Central Bank, said today, “In the sale of oil we have reached good numbers and we have collected all of the money from the sale of oil.” He continued, “Therefore, even if there is no JCPOA, securing currency in the country will be done properly and we will not have any problems with the exchange market.”

The Guardian has reported that Iran has not received its money from the UK after the release of dual nationals Nazanin Ratcliff and Anoosheh Ashoori. However, Salehabadi said, “Our requests from the UK have been collected and we have also used that money.” When Iran released the dual nationals, the UK had agreed to release Iran’s blocked money of 400 million pounds. However, the UK had stipulated that Iran only be able to make humanitarian purchases through an intermediary.

Post Views: 123
Previous Egypt, Russia discuss next steps for nuclear power plant
Next Turkey may ‘lock’ borders with Syria and Iraq to deal with Kurdish militants