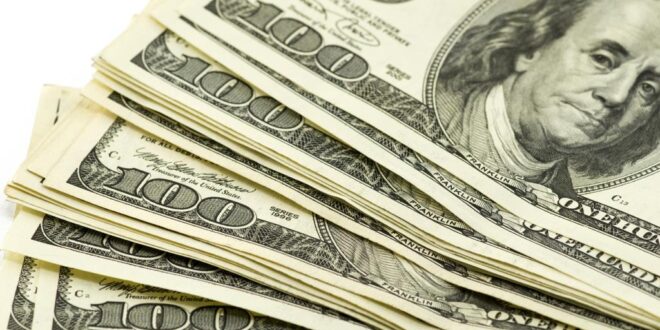 The Dollar and Delusional Assumptions about Sanctions against Russia

Sanctions are a form of warfare, and few would deny that we have moved into a new era of economic warfare with sanctions, led by the US, have become the norm, rather than the exception. This was the conclusion recently of the pro-Western World Economic Forum. If there is general agreement that sanctions are a form of warfare, and not selectively, but regardless of who imposes them and for whatever reason, the next question is the cost-benefit ratio on the country or countries imposing them.

Clearly, the desired goal is to use economic sanction as leverage, although there is an appreciation of their impact on the general population, rather the elite of the targeted nation. From the Cuban Revolution, to the Iranian Revolution, and to Russia’s invasion of Ukraine, history has shown that sanction do not yield the desired goal. When imposed on countries like China, economic sanctions have shown to cause far greater damage to those imposing them than on the targeted country. Assuming that heads of state are well aware of this reality, why go the route of economic sanctions, only to suffer the detrimental consequences?

The combination of ideology, power status, the mythology/pathology of “greatness”, even when time has diluted such “greatness”, revenge at any cost, desperation owing to lack of alternative paths, and, of course, delusional thinking of which it is always in abundance on the part of the political and business elite, merely because they embrace the fallacy of the eternal sameness against the harsh reality of constant change combined with the other reality of the unpredictability on the part of the sanctioned party. Just as Russian is not what it was in 1949 when it successfully tested the first atomic bomb, and simultaneously Mao’s revolution succeeded in China, neither is the US the same as the world’s hegemonic superpower with the dollar as the world’s preeminent currency.

When Biden announced the massive US-led sanctions against Russia, US and European officials as well as Western analysts were predicting the complete collapse of the Russian currency now linked to gold; the quick bankruptcy of the Russian state agencies owing to defaults, followed by an economic depression and presumably the Kremlin’s decision to leave Ukraine in humiliation. At the same time, US-Western analysts expected an international rush to buy dollars, thereby strengthening the US reserve currency.

The above scenario was around the end of February when the euro-dollar exchange rate just $1.13-1.14 to one euro. On 28 April the dollar-euro rate stands at $1.05, representing a significant drop against a currency itself in trouble because of the Russian sanctions. More significant, a number of private financial institutions as well as the IMF which monitors currencies globally, have concluded that the dollar is headed for continued decline. Saudi Arabia among other countries have already announced that they are transitioning out of the dollar as the most reliable reserve currency. The US-NATO sanctions regime which is in essence a reaffirmation of economic bloc trading in the absence of their ability to compete with China, regardless of what has taken place with Russia, demonstrates that the West is undermining the Western neoliberal model from within, using the Russian war as a pretext in a desperate attempt to retain core status in the world economy.

The US-NATO plan to weaken Russia militarily, thereby sending a message to China about Taiwan, rather than to pursue a diplomatic solution will hasten and deepen global economic recession, and by default strengthen China despite its own supply chain problems because of an austere COVID-19 lock down policy. Rhetoric aside, the Russian currency has stabilized. GAZPROM has already compelled a number of European countries and companies to pay in rubles for natural gas. And the idea that a war of attrition will only hurt Russia has proved delusional so far, and we are still early in a conflict that the US wants to be drawn out.

The idea that a military solution will favor the US-NATO bloc and result in the demise of Russia is another leap into the murky realm of delusional thinking, considering that autocratic Putin is more determined and far more capable of doing damage to Europe than NATO can inflict on Russia, unless the West has resolve to put an end to the continent. This is not to suggest that the Kremlin’s delusions are less imperialistic, less militaristic and more ethical than those of the US-NATO coalition. If China never existed, and if more than two dozen countries of the 195 in the world were taking part in US-led sanctions, US-NATO sanctions would not be as delusional, though they would still not be nearly as effective as policy makers assume.