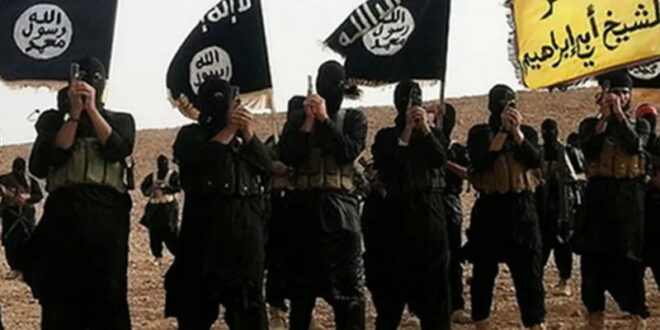 The Islamic State (IS) province in Iraq (Wilayah Iraq) stabilized its operations in 2020 and increased them in 2021 (Jihad Analytics, January 24; Jihad Analytics, February 4). After the fall of IS as a territorial entity and the death of the previous caliph, Abubakar al-Baghdadi, IS reorganized its multiple Iraqi provinces into a single Wilayah Iraq divided into several sectors. This followed a broader reorganization that focused on creating mobile groups of fighters, exploiting sleeper cells, or utilizing small cells to conduct attacks (al-Jazeera, March 2, 2021).

One aspect of IS’s tactics in Iraq is to keep the enemy in a state of constant tension on the one hand and to transmit a false sense of security on the other hand to induce them to decrease their pressure and vigilance. Wilayah Iraq has reformulated its combat strategies according to the new realities on the ground and has intensified its activities in areas that are still affected by Iraq’s internal problems and the weakness of the local security forces. The most notable example is Diyala, an important road junction 60 kilometers northeast of Baghdad and between three other Iraqi governorates, including Sulaymaniyah, Wasit, and Salah al-Din. This makes Diyala an important logistics link to Kirkuk, Anbar and Mosul. All these areas, however, share mountainous areas, rough roads, a mixed Sunni and Shiite population affected by violent sectarian clashes in the past, and lack a strong presence of security and anti-terrorism forces (Terrorism Monitor, January 14; al-Jazeera, March 2, 2021; al-Jazeera October 28, 2021).

To date, an estimated 8,000 fighters are still part of Wilayah Iraq, with roughly 4,000 of them active. The rest belong to sleeper cells or are supporters integrated into local communities in Sunni-majority provinces. This situation could lead to a strengthening of IS military capabilities in Iraq and an expansion of its operations in areas where it has already been active.

Wilayah Iraq and part of IS’s central leadership [1] rely on bases in remote, desert, and mountainous areas, where they exploit tunnels and caves, house fighters, establish checkpoints, and secure supply and communication routes (al-Jazeera, March 2, 2021). The areas in which IS operates, including Anbar, North Baghdad, Kirkuk, Salah al-Din, Ninewa, Diyala, Tigris/Dayla, Babil and a large area in the south of the country called South Sector, all saw militants pledge an oath of allegiance to the new IS leader, Abu Hassan al-Hashimi al-Qurayshi, in March (Jihadology, March 11, 2022).

The areas of Salah al-Din, Kirkuk, and Diyala, which consist of valleys, mountain ranges, and agricultural areas with dense orchards, are the most important geographical areas and the center of IS activities in Iraq. Although the group expanded its operations in Iraq in 2020, carrying out 1,211 attacks across much of the country, in 2021 Wilayah Iraq conducted fewer attacks. There were only 1,079 attacks in all of its Iraqi sectors combined in 2021 (Jihad Analytics, January 24). The pace is even slower in 2022, with only 120 attacks in Iraq from January 1 to April 8 (Jihad Analytics, April 8, 2022).

Wilayah Iraq conducts two main types of operations, referred to as “war of attrition” and “economic warfare”, which both do not require the use of large numbers of fighters. The first strategy involves various types of attacks including improvised explosive devices (IEDs), suicide vehicle-borne IEDS (SVBIEDs), ambushes, shooting operations using snipers, and assassinations of social and political leaders. Adding to this, IS conducts kidnappings, and attacks Iraqi security force checkpoints, Shiite paramilitary militias, pro-government Sunni tribal forces, and local officials and tribal leaders collaborating with the Baghdad government. IS in Iraq further aims to prevent the normalization, stabilization, and reconstruction of areas previously under IS territorial control and to intensify sectarian violence.

IS propaganda about Wilayah Iraq continues to be published daily and draws on a wide range of technological resources that have seen a significant increase in quantity and quality, including those of the Furqan Foundation, Amaq News, and the weekly newsletter Al-Naba. [2] In addition to browser-based sites, propaganda is also disseminated on numerous social platforms and messaging apps, such as Facebook, Twitter, Instagram, Youtube, and Tiktok. Additionally, the dissemination of claims, magazines, audio, video, photos, and recruitment material takes place on Telegram, Element, Rocket Chat, Hoop Messagero, Threema and Tam Tam.

Since 2021, IS has released numerous photos and claims from Iraq, as well as two long videos of the “Makers of Epics Battles” series (Jihadology, May 28, 2021; Jihadology, October 5, 2021). A shorter video of Wilayah Iraq fighters pledging allegiance to IS’s new caliph, Abu Hassan al-Hashimi al-Qurayshi, was also released in March (Jihadology, March 17). Other videos and photos published by Amaq News or in al-Naba, show attacks against Popular Mobilization Forces (PMF) [3], local tribal forces, state security forces, Kurdish Peshmerga stationed in rural areas, civilians accused of being “spies” and collaborating with Iraqi forces against IS, and attacks against the country’s economic infrastructure.

IS remains a threat to the security and stability of Iraq. The elimination of the group in Iraq is improbable, if not impossible, in the short and medium term, regardless of the military and political strategy that is implemented. Nevertheless, any attempt to reduce the threat in the long term from the point of view of recruitment, operations and financial support likely can only be realized through a political solution that integrates Sunni Arabs into the political process, ends religious sectarianism, realizes a fair distribution of power and wealth according to the proportions of the population, and reconstructs cities destroyed by the war.

It is also necessary to deal with forced migrants and displaced persons, who will have to be allowed to return to the governorates in western and northwestern Iraq. The management and social reintegration of the families of former IS members who are still in displaced or prison camps is also of great importance (DW, February 21). Another issue is controlling the operations of paramilitary militias, which must be stopped or significantly reduced, possibly by integrating them into the Iraqi security forces. These militias, and in particular the PMF and militias linked to Iran, have often been accused of sectarian violence, not complying with the directions of the state security forces, threatening the government in Baghdad and attacking U.S. forces or bases (Al-Jazeera, June 21, 2021 and Al-Monitor, November 24, 2021).

The Iraqi army and the Iraqi security forces will likely also have to increase their military operations and control in the border and desert areas, particularly along the Iraq-Syria border. A first step by the Iraqi government has been to build a 3.5-metre-high wall in the area of Jabal Sinjar in Ninewa Province, while increasing troops in the area (Al-Jazeera, March 28).

In the medium term, attempts may also be made to reduce and counter IS by setting up checkpoints in all areas of the country, conducting intensive surveillance on all entry points into Baghdad and other provinces, and increasing the number of raids to destroy sleeper cells. The protection of villages and towns in border and desert areas will also need to include 24-hour professional patrols, fortified checkpoints and watchtowers, rapid response security stations, video surveillance with cameras and drones, coordination between border posts, and a special command exclusively responsible for the border with Syria.

Iraq’s stability, however, ultimately depends on combating the enormous spread of corruption among the ruling political elite. Endemic corruption fosters sectarianism, infighting, violence, protests and thus the expansion of jihadist terrorism. IS in Iraq, despite a decrease in operations in early 2022, can still conduct a sustained insurgency and use its ideology to recruit and integrate Iraq’s Sunni population. In fact, IS struggles in the past have always been an intermediary and preparatory phase towards larger and more violent operations.

Post Views: 50
Previous Europe’s Reluctance to Take Back ISIS Supporters Could Lead to a New Crisis
Next War In Ukraine Is Serious Setback To Europe’s Economic Recovery – Analysis