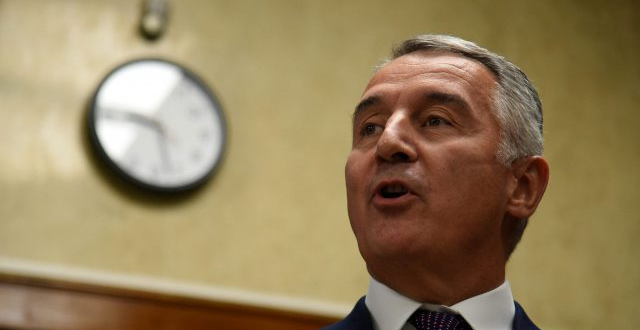 Montenegrin President Sees Path Back to Power for Once-Dominant Party

A new minority government in Montenegro offers the Democratic Party of Socialists a change to re-establish itself as a force to be reckoned with ahead of elections in 2023.

Not even two years since it lost power, the Democratic Party of Socialists, DPS, of Montenegrin President Milo Djukanovic senses a way back, by supporting a time-limited minority government and exploiting the instability unleashed by Russia’s invasion of Ukraine.

The DPS, which fell in late 2020 after three decades of uninterrupted rule, has pledged the backing of its MPs for a minority administration put forward on April 20 by Prime Minister-designate Dritan Abazovic.

Abazovic, whose Black on White bloc was one of three members of the outgoing ruling coalition that pushed the DPS from power, says he can count on the votes of 46 of parliament’s 81 lawmakers for a one-year government that will prepare the ground for an election in spring 2023.