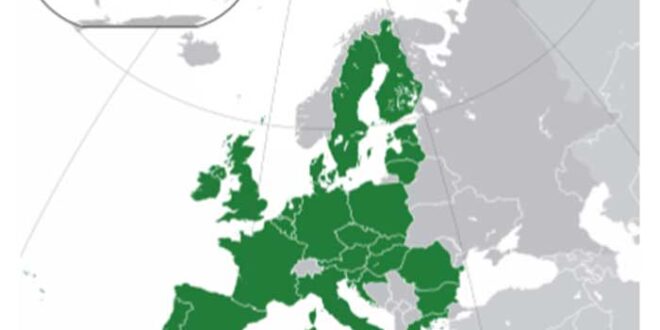 European Commissioner for Economy Paolo Gentiloni has admitted that the European Union’s economy is facing stagnation.

“The situation in Ukraine presents an uncertainty and unpredictability factor for Europe, economic growth will obviously slow down with a stagnation risk,” he was quoted as saying during the Confcommercio-Ambrosetti forum on Thursday by the ANSA news agency.

Much depends on “the duration of the conflict, an increase in the scale of standoff with Russia in the energy sector and the reaction of global trade,” Gentiloni said.

The coronavirus pandemic is the second issue that may negatively influence the growth of the economy of EU countries, he noted, adding that it is possible to cope with both challenges “through common responses as with a common currency it is risky to encourage the varieties of EU states.”

The commissioner also said that the latest “dramatic events might facilitate the process of achieving the strategic autonomy” of Europe.

The International Monetary Fund on Tuesday slashed its forecast for global economic growth by nearly a full percentage point, citing Russia’s war in Ukraine, and warning that inflation was now a “clear and present danger” for many countries.

The war is expected to further increase inflation, the IMF said in its latest World Economic Outlook, warning that a further tightening of Western sanctions on Russia to target energy exports would cause another major drop in global output.

The IMF said other risks to the outlook include a sharper-than-expected deceleration in China prompted by a flare-up of COVID-19 lockdowns.

Rising prices for food, energy and other goods could trigger social unrest, particularly in vulnerable developing countries, the IMF said.

Downgrading its forecasts for the second time this year, the global crisis lender said it now projects global growth of 3.6% in both 2022 and 2023, a drop of 0.8 and 0.2 percentage point, respectively, from its January forecast due to the war’s direct impacts on Russia and Ukraine and global spillovers.

The IMF has estimated that Ukraine’s GDP will collapse by 35% this year, while Russia’s output will shrink by 8.5% in 2022, while emerging and developing Europe, including both countries, will contract by 2.9%.

But IMF Chief Economist Pierre-Olivier Gourinchas told a news briefing that a tightening of sanctions against Russia to include restrictions on energy exports could double Russia’s GDP decline to 17% by 2023.

The EU, highly dependent on Russian energy, saw its 2022 growth forecast cut by 1.1 percentage points, while Britain now faces slower economic growth and more persistent inflation than any other major economy next year.

Spillovers from higher energy prices, a loss of confidence and financial market turmoil from this step would cut another two percentage points off of global growth forecasts, Gourinchas said.

The war, which Russia describes as a “special military operation” has caused a humanitarian crisis in Eastern Europe, displacing some 5 million Ukrainians to neighboring countries, the IMF said.

The war has exacerbated inflation that already had been rising in many countries due to imbalances in supply and demand linked to the pandemic, with the latest lockdowns in China likely to cause new bottlenecks in global supply chains.

Gourinchas said central banks face increased pressure to fight inflation with tighter monetary policy, and a further tightening of sanctions could accelerate this move, which could cause more difficulties for developing economies.

“The war adds to the series of supply shocks that have struck the global economy in recent years. Like seismic waves, its effects will propagate far and wide — through commodity markets, trade, and financial linkages,” Gourinchas said.

Reduced supplies of oil, gas and metals produced by Russia, and wheat and corn – produced by both Russia and Ukraine – had driven up prices sharply in Europe, the Caucasus and Central Asia, the Middle East and North Africa, and sub-Saharan Africa, but was hurting lower-income households around the world.

The IMF said it had revised downward its medium-term outlook for all groups, except commodity exporters who benefit from the surge in energy and food prices.

The IMF said inflation was now projected to remain higher for longer, driven by war-induced commodity price increases and broadening price pressures, and it warned the situation could get worse if supply-demand imbalances deepened.

For 2022, it forecast inflation of 5.7% in advanced economies and 8.7% in emerging market and developing economies, a jump of 1.8 and 2.8 percentage points from January’s forecast.

“Inflation has become a clear and present danger for many countries,” Gourinchas said.

He said the U.S. Federal Reserve and many other central banks had already moved toward tightening monetary policy, but war-related disruptions were amplifying those pressures.

The IMF said there was a rising risk that inflation expectations become de-anchored, prompting a more aggressive tightening response, which could put pressure on a wider range of emerging market economies.

Financial conditions tightened for emerging markets and developing countries immediately after the invasion and the repricing has been “mostly orderly,” but further tightening was possible, as well as capital outflows.

The war had also increased the risk of a more permanent fragmentation of the world economy into geopolitical blocks with distinct technology standards, cross-border payment systems, and reserve currencies, a move Gourinchas said would be a “disaster.”

The world is at risk of splitting into two economic blocks as a “tectonic shift” puts an end to decades of globalization.

The warning from the IMF came as its economists slashed growth forecasts in the wake of Russia’s invasion of Ukraine. Britain’s economy was downgraded but is still set to expand considerably more quickly this year than European rivals Germany, France and Italy.

There are fears China and Russia could create a financial system to rival the West after tough sanctions were imposed on Moscow. The West has ejected Russian banks from the Swift global payments messaging system and China’s UnionPay has stepped in to help Moscow after Visa and Mastercard suspended operations in the country.

Gourinchas said: “The war also increases the risk of a more permanent fragmentation of the world economy into geopolitical blocks with distinct technology standards, cross-border payment systems, and reserve currencies.”

He said this “tectonic shift” would carry huge economic consequences and is a major challenge to “the rules-based framework that has governed international and economic relations for the last 75 years.”

The German, Italian and Russian economies bore the brunt of the downgrades while the UK is set to enjoy stronger growth than the eurozone.

The UK economy is expected to expand 3.7pc this year, down one percentage point on the previous forecast. While this will be much stronger than Germany, France and Italy, UK growth will slow suddenly to 1.2pc in 2023 as inflation slashes living standards and higher borrowing costs hits business investment, the IMF said.

Germany is expected to grow by a much slower 2.1pc in 2022, almost half the predicted expansion in January, while GDP in Italy will climb 2.3pc, down 1.5 percentage points. The two countries’ economies are among those most exposed to Russian gas supplies and the soaring prices squeezing households and businesses.

“The war adds to the series of supply shocks that have struck the global economy in recent years,” said Gourinchas.

“Like seismic waves, its effects will propagate far and wide — through commodity markets, trade, and financial linkages. Russia is a major supplier of oil, gas, and metals, and, together with Ukraine, of wheat and corn.”

Post Views: 52
Previous Russia’s war in Ukraine is making Saudi Arabia and the UAE rethink how they deal with US pressure over China
Next The Nuclear Option Open to Putin That Nobody Wants To Talk About.