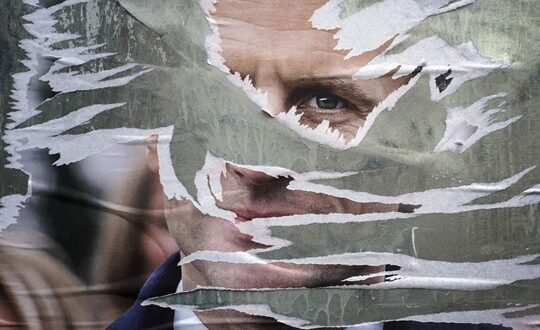 Macron Now Has to Put France Back Together Again

Unlike European Union directives, which must be published in the languages of all the bloc’s member states, the sighs of relief heard across much of Europe at the outcome of yesterday’s French presidential election needed no translation. The suspense had already receded in the two weeks since the first-round ballot, as polls showed French President Emmanuel Macron widening his lead over far-right candidate Marine Le Pen. But with Macron’s reelection now sealed, the sense of having dodged a bullet in Brussels, the capitals of Europe, Washington and of course Paris is no less palpable.

The implications of a Le Pen victory for Europe—and, in turn, for the West’s standoff with Russia—had made the contest a global election in ways usually reserved for the U.S. presidential ballot. Polls at one point put Le Pen at striking distance and within the margin of error behind Macron, who took two-thirds of the vote in their 2017 face-off. In the end, Macron won decisively, with the final tally putting him at 58.5 percent.

Le Pen’s 41.5 percent represents a record score for her and the French far right, which has gone from a faction at the margins of French politics—its appearance in the second round of the 2002 presidential election was a national trauma, but considered an aberration—to being the country’s second political force. But for Le Pen, her relative success is small consolation for having once again failed to carry the ball across the line, despite softening her image and message, and facing a vulnerable and widely disliked incumbent. Though her leadership of the National Rally—more a family business than a political party—is likely secure, the cohesion of the far right overall is less so. Le Pen survived a first-round challenge from Eric Zemmour, who briefly surged in the polls by outflanking her on the right, before ultimately coming up short. It is possible her result yesterday will end up being a highwater mark, rather than another step along the way toward the ultimate prize.

For Macron, the picture is no less complicated. It would be misleading to characterize the election results as anything other than a victory. After a late start at campaigning—he began in earnest just a week before the first-round ballot—Macron made short work of Le Pen in the “campaign between rounds,” where her lack of technical mastery and radical, even if softened, agenda faced heightened scrutiny from voters and the media.

But if it is a victory, it is one without glory. His 58 percent of the vote, though a clear disavowal of his rival, is less impressive when expressed as a percentage of total eligible voters. When abstentions, at 28 percent, as well as blank and spoiled ballots—roughly 6 percent combined—are taken into account, Macron won reelection with just 38.5 percent of the vote. The first-round results, in which a majority of French voters cast their ballots for candidates who promised to radically overhaul the status quo, also provide cause for prudence.

In recognition of this, Macron avoided triumphalism in his victory speech last night, striking a note of humility, if not contrition, and promising not continuity, but a new orientation and governing style for his second term. There are rumors he will name a figure from the left for his prime minister, and some expectations that he will now veer back to the left to balance the perceived rightward shift of his first term.

If so, however, it would be yet another course correction in what has been a series of lurching, halting alternations between the liberal structural reforms he promised in 2017 and the statist interventions he has undertaken in response to developments on the ground. His initial labor market reforms and tax cuts for the wealthy earned him his “president of the rich” sobriquet, but he didn’t hesitate to dole out state subsidies and assistance to ease the Yellow Vest social uprising in 2019. His subsequent pension reform—historically the third rail of French politics—was perceived as a brutal, top-down affair, sidestepping any meaningful consultation with organized labor and other civil society interlocutors. But after watering the reforms down in the face of transport strikes in December 2019, Macron put them on ice when the pandemic hit in March 2020. Since then, he has opened the fiscal spigots, supporting French businesses and jobs with a “whatever it costs” strategy.

As a result, Macron has generated suspicion, enmity and even hatred across the political spectrum. He now faces a second term filled with enormous challenges for France and Europe, from managing the post-pandemic economic recovery to responding to the threat posed by Russian President Vladimir Putin’s bellicose revisionism. But Macron’s margin for maneuver is limited by political realities at home and in Europe.

At home, his parliamentary majority in the upcoming legislative elections in June, though likely, is far from guaranteed. Jean-Luc Melenchon, the far-left candidate who finished third in the first-round voting, has been actively seeking to forge an electoral coalition to unite the left. Though Melenchon’s path to the prime minister’s office is narrow, it can’t be ruled out. Should he succeed, Macron would find himself largely relegated to the ceremonial margins of domestic policy.

A likelier outcome is that Macron’s LREM party will maintain its current coalition majority. But given the decomposition of France’s political landscape since 2017, LREM has already become the political equivalent of a lint trap in a clothes drier. This is particularly the case for political figures from the now-moribund mainstream parties of the center-left and center-right, who find themselves in the interstices of the far-left/center/far-right triptych that emerged in this year’s presidential election. For those who maintain ministerial ambitions, Macron and the LREM are the only game in town.

But such a broad and disparate coalition will be unwieldy when it comes to balancing popular grievances and policy agendas that, while overlapping in ways, remain fundamentally irreconcilable. And Macron will have to manage it even as the divisive competition for who will succeed him as leader of the center-right in 2027 gathers steam.

If there is likely to be one element of continuity in Macron’s second term, it will be his emphasis on the EU as a solution to, rather than the source of, France’s problems—a force multiplier for France’s ability to address the challenges it faces at home and abroad. In many ways, both this year and in 2017, Macron adopted language historically used by Marine Le Pen and the far right when it comes to protecting the French people from threats emanating from beyond the country’s borders. But unlike Le Pen, he situated the response not in a retreat to national sovereignty, but in a more-integrated “Europe that protects,” whether from the destabilizing impacts of migration, the economic predations of China, or the hegemonic dominance of the U.S. and, more recently, the military adventurism of Russia.

If he has been successful on the first count, it is due to EU deals with third countries to outsource the processing of asylum applications and the detention of asylum-seekers, often in horrendous conditions and by governments with atrocious human rights records. The result has been the construction of a “Fortress Europe,” at the cost of the norms the EU claims to champion.

He also found some success on the second count, but mainly due to China’s unforced errors. Beijing’s tone-deaf “wolf warrior” diplomacy and its attempts at economic coercion against EU member states crystallized a growing awareness within the bloc that China must be treated as a strategic competitor as well as an economic partner.

But when it comes to the EU, Macron has staked his biggest claim on his support for European strategic autonomy, or the EU’s ability to defend and advance its interests militarily independently of the U.S. And it is here that he has met with the least success and is likely to face the biggest obstacles in his second term. To begin with, France’s vision of European defense integration has historically generated suspicion and unease, in Washington because of the fear that it would compete with NATO, but also in Europe, where it was perceived as a way for France to leverage European capabilities in the service of its own strategic priorities. That is particularly the case in Eastern Europe, where threat perceptions have historically come from the east and Russia, rather than the south and Africa, as in Paris.

Macron’s initial attempts to engage with Putin early in his presidency had already exacerbated those anxieties in Eastern Europe. The Russian invasion of Ukraine, and the central role played by an engaged U.S. to marshal the European military and economic response to it, has now underscored the continued relevance of NATO and the trans-Atlantic alliance. Moreover, Germany’s lackluster response on military support for Ukraine has tarnished Berlin’s image, perhaps irrevocably, weakening the Franco-German partnership that has historically served as the engine driving EU reforms and integration. As a result, Macron is likely to make little headway on his signature European issue.

Nevertheless, his most urgent priorities remain at home, where he must find a way to reconcile the antagonisms that currently divide France into multiple and overlapping binary oppositions: privileged vs. disadvantaged, insider vs. marginalized, urban vs. rural, educated vs. non-degreed, globalist vs. sovereignist. And he must do so in the context of a still-mutating and uncertain party system, and amid widespread popular dissatisfaction with both the institutions and outcomes of mainstream political processes.

To succeed, he must not only take action, but deliver results, not just for his own, generally satisfied political base of support, but also for those who have expressed—whether through their vote or their abstention—their lack of faith in a system that has too often ignored their grievances until they are expressed in the street, through disruption or violence. He promised to do so in his victory speech last night. If he fails, he will leave behind not only a political vacuum, but also a potentially existential threat to France’s democratic institutions.