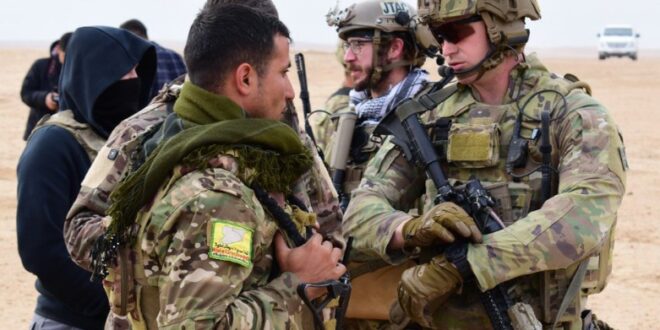 “The SDF continually lead in the enduring defeat of Daesh (ISIS) mission in Syria,” tweeted the official account of SOJTF LEVANT.

On Monday, SOJTF LEVANT also announced that the SDF carried out an operation the previous day in Deir al-Zor’s Busayrah, resulting in the “capture and detention of Rashid al-Barzi, a terror facilitator wanted for supplying weapons to Daesh (ISIS) across northeast Syria.”

The SDF and US-led coalition regularly carry out operations against the militant group to prevent it from making a resurgence in the region.

ISIS recently stepped up its attacks in April during the Muslim holy month of Ramadan.

The US-backed SDF also announced on Sunday that it arrested a suspected ISIS leader and two local collaborators in Raqqa.

The SDF also reportedly prevented an ISIS attack on the coalition in Deir al-Zor.

“The SDF remains committed to hammering Daesh (ISIS) networks and denying them influence and resources to ensure their lasting defeat,” tweeted the official Twitter account of the Combined Joint Task Force – Operation Inherent Resolve, the official name for the coalition, on Tuesday.

“We remain partnered with them in our combined anti-Daesh (ISIS) mission.”