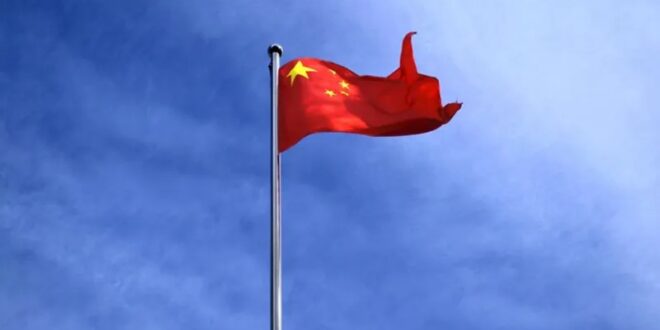 What Would Be China’s Capital Market Under New Policy? – Analysis

Recently, the central government of China has issued a new policy on the “Opinions of the Central Committee of the Communist Party of China and the State Council on Accelerating the Construction of a Large Unified National Market (hereafter referred to as ‘Opinions’)”. The Opinions propose to speed up the establishment of a large unified national system as well as rules to promote smooth domestic demand. The capital market is very concerned with the creation of an “efficient market” and an “effective government”, particularly on how the “unified”, “efficient” and “effective” are defined and executed. There are different understandings and views on various aspects in this regard. As part of the national unified market, the capital market is generally confused about the future direction and possible trends. To ANBOUND researchers, this raises the question of balancing between an “efficient market” and “effective government” to form a unified capital market structure.

Now that the proposal to establish a unified large market is put forward, China’s central government has repeatedly mentioned that it is necessary to look further up from the economic system and infrastructure construction. For the establishment of the capital market, the Opinions emphasize the market structure adjustment and supply-side financial reform. From a policy perspective, the capital market may rely on the formation of endogenous power in the market to improve efficiency and promote development. This will implicate an efficient market, rather than relying on easy policies to bring in incremental funds to promote short-term market prosperity.

To develop the capital market, the Opinions proposes to expedite the establishment of a unified national capital market. This requires consolidated supervision, rules and regulations, institutional and business innovations, the development of movable property finance and supply chain finance, and at the same time, continuing to insist on financial services for the real economy and preventing the disorderly expansion of capital. The Opinions also point out that the unification of capital market construction lies in supporting systems, standards, and regulations, which may require an “effective government” to play a role.

In the present development of China’s domestic capital market, the multi-level capital market is currently in a top-down construction process. Some regional markets and market segments are still in their infancy, far from the unified goal required by the Opinions. In the view of ANBOUND, a unified large capital market might not be a unified single market, but rather a combination of different market segments with multiple levels and fields. Through the organic connection between various specific markets, a unified capital market network covering the whole country and various financial fields is formed. The Opinions could well require central regulatory authorities to build a national market and open-up multi-domain market connectivity. This might necessitate the cooperation with local governments to actively connect with the national market, and even develop a national market with its characteristics in the subdivision field, based on more precise regional markets and market segments. Such a top-down coordinated interaction would be one of the main tasks for the “effective government”.

As far as the capital market itself is concerned, the stock, bond, and financial derivatives markets each have different characteristics and functions. The development of the capital market has its laws, and market establishment needs to accord with these laws. As a market builder and market regulator, it is necessary to strike a balance between an “efficient market” and an “effective government”. Most importantly, there should not be too many barriers within or between markets. Only in this way can the market play its regulatory role and value discovery function. Otherwise, the market will be distorted by policy intervention. This fails to truly reflect the value of capital and assets, but also leads to speculative behaviors such as policy arbitrage and institutional arbitrage. In this regard, to enhance the effectiveness of the capital market, it is necessary to form a diversified market ecology, rather than a unified “all-in-one” or “one-size-fits-all” system within the market. Such a system reflects relatively low-level policies, and complex market relations and endogenous factors require a more refined and systematic policy system.

The establishment of the national market, especially the capital market, has gone through a tortuous development process, with various experiences and lessons. Most importantly, the establishment of the capital market must adapt to the economic and social environment, and the regulatory authorities must grasp the balance between development and rectification. This involves financing companies and investors, as well as intermediaries, regulatory capabilities, decision-making, and many other aspects. Under such circumstance, the capital market could lack legal, information, technology, and other infrastructure, but it might also have insufficient market segmentation, and the foundation and development area faces several obstacles. In the view of ANBOUND researchers, as part of the resource market, the capital market needs to be strengthened, in addition to having a stronger foundation as well. This not only makes a difference, but it also provides some opportunity for the market to grow and improve.