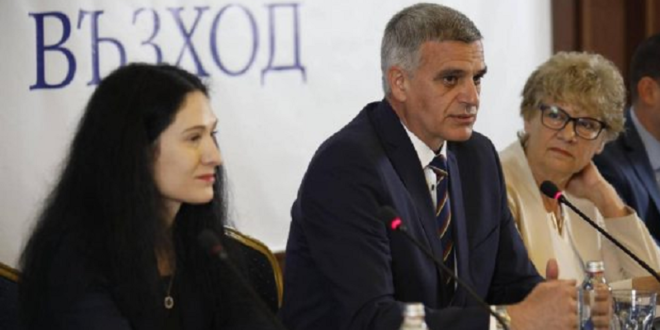 If government instability, public polarisation and a Russian gas cut-off was not enough, 2022 has also brought Bulgaria a new political party sympathetic to the Kremlin.

usted as defence minister for refusing to call Russia’s Ukraine war a ‘war,’ on May 5 Stefan Yanev unveiled Bulgarian Rise as Bulgaria’s third pro-Russian party after the Bulgarian Socialist Party, BSP, and the far-right Revival.

Yanev, a former adviser to President Rumen Radev, pledged to protect Bulgaria’s “national interest,” declaring the country faced “catastrophe, and we’re not even at war.”

The party’s emergence adds to a potent political mix in the European Union and NATO member, where the war in Ukraine has fed into tensions between pro-Western and pro-Russian political parties in Bulgaria’s ruling coalition, further polarised public opinion and led to a cut-off in Russian gas supplies.

Lyubomir Stefanov, a political scientist and associate professor at the New Bulgarian University, said Yanev’s party threatened to pick up voters put off by Revival’s aggressive rhetoric or who find the BSP too pro-Russian even for those who might be generally supportive of Moscow.

“Much like in the case of Revival’s popularity, it’s the internal and external political processes that will or will not pave the way for a new figure on the scene like Bulgaria Rise,” said Stefanov, alluding to Revival’s rise on the back of public frustration over COVID-19 restrictions imposed by the government.

Stefanov speculated that Yanev’s move may in fact have more to do with President Radev’s ambitions than his own.

“We shouldn’t rate Yanev’s chances too high, unless, of course, there’s a worst case scenario in which he becomes a central player in a new semi-concealed project by Russia to continue Bulgaria’s destabilisation through hybrid warfare,” Stefanov said.

A route had been found for exporting Serbian products to Russia, and goods will be …