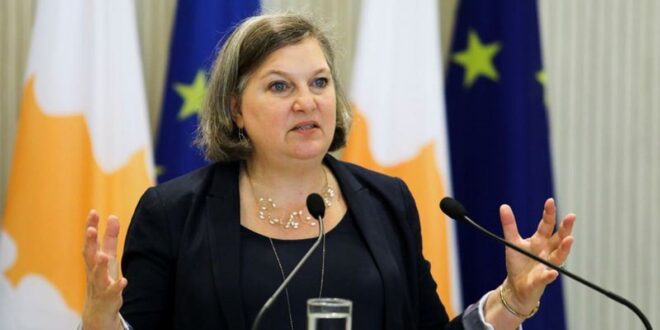 The United States has announced that it will allow foreign investment in northeastern Syria under the control of the Syrian Democratic Forces (SDF) without being subject to the Caesar Act sanctions, which are imposed on the Syrian regime.

Reuters reported that — during a meeting of the International Coalition Against ISIS in Marrakech, Morocco — U.S. diplomats said that Washington “intends, in the next few days, to issue a public declaration to facilitate private economic investment activity in areas not under the Syrian regime’s control, which have been liberated from ISIS, in Syria.”

Nuland, who referred to “extensive discussions” by U.S. officials, added that “the declaration will apply to agriculture and reconstruction work — not to oil.”

On Turkey’s position, the U.S. diplomat said that Ankara considers SDF “a terrorist group, but will not oppose the declaration.”

The diplomat stressed that allowing investment would cover investment in SDF-controlled areas, as well as areas controlled by the Turkish-backed National Army.

Last year, the United States spent $45 million in those areas and informed coalition members that Washington wanted to raise $350 million for stabilization activities in northeastern Syria this year, she said.

The Caesar Act on the Protection of Civilians in Syria came into force in June 2020. The law imposed expanded sanctions on the Assad regime and its allies — Russia and Iran — as well as institutions and entities that facilitate the operations and remittances of sanctions-listed institutions — especially in the energy sector. Under the Caesar Act sanctions, anyone dealing with the Assad regime is exposed to travel bans and financial sanctions, regardless of their position in the world.

Post Views: 66
Previous Will the Lebanese Elections Pave the Way for Increased Syrian Influence in Lebanon?
Next Report on “Withdrawal of Russian Troops” from Syria; Israel Watching “with Concern”