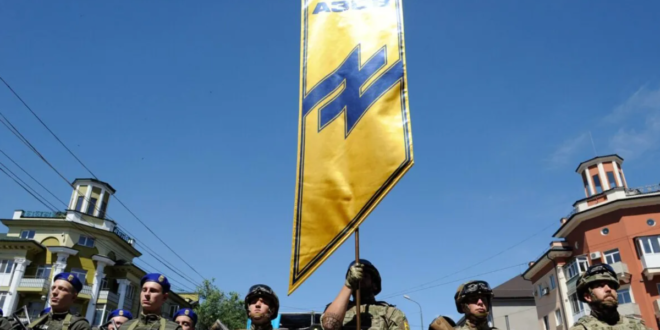 Russia claimed on Wednesday that Israeli mercenaries are fighting alongside the far-right Azov Regiment in Ukraine, agencies have reported.

Zakharova added that she will say something that politicians in Israel, who “exaggerate” the misinformation campaign against Russian, will not like. They will be interested soon, she said.

According to media reports, the names of mercenaries fighting in Ukraine include people from 45 countries. Safa news agency said that a Russian media source noted that the most prominent are from the US, Britain, France and Israel. One of the names, said the source, is that of a former Israeli ambassador to Belarus.

Zakharova’s comments come on the back of remarks by Russian Foreign Minister Sergei Lavrov who claimed that Adolf Hitler had Jewish origins. Lavrov appeared to be making the point that being Jewish did not preclude one from being a neo-Nazi or an anti-Semite.

Israeli Foreign Minister Yair Lapid condemned Lavrov, claiming that “The lowest level of racism against Jews is to accuse Jews themselves of antisemitism.” His comment fuelled allegations of hypocrisy and double-standards for the way in which staunch Jewish critics of Israel are smeared by allegations of anti-Semitism by advocates of the occupation state.

Israel’s arming of the neo-Nazi Azov Battalion became a cause of concern as early as 2018 when the Electronic Intifada highlighted the issue. In June that year, Israeli lawyer Eitay Mack wrote a detailed request demanding that Israel should end all military aid to Ukraine over fears that it was ending up in the hands of neo-Nazis.

The report explained that attempts by some in Congress to ban Nazis in Ukraine from getting US military aid was the reason for Israel’s involvement. “Israel’s ‘deepening military-technical cooperation’ with Ukraine and its fascist militias is likely a way to help its partner in the White House, and is another facet of the growing Zionist-White Supremacist alliance,” explained the Electronic Intifada.

It explained that Israel has historically acted as a useful tool for US presidents and the CIA to circumvent congressional restrictions on aid to various unsavoury groups and governments around the world. In 1980s Latin America, these included the Contras who were fighting a war against the left-wing revolutionary government of Nicaragua, as well as a host of other Latin American fascist death squads and military dictatorships.